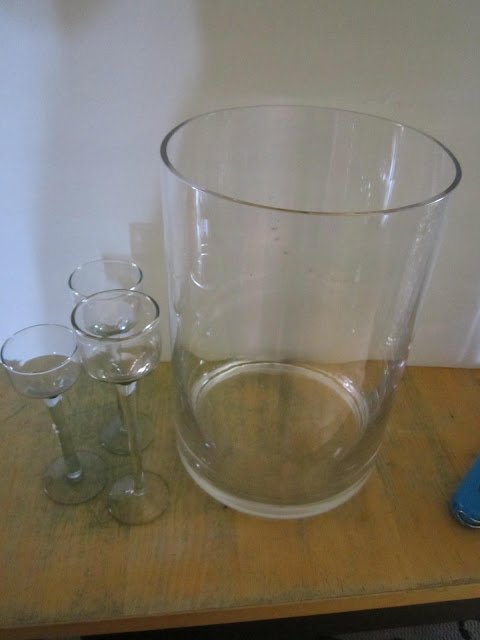 "Oh, crap, she's got another vase out..."
Yep, I do!
But notice this time, there isn't a predictable cylinder sitting next to it. 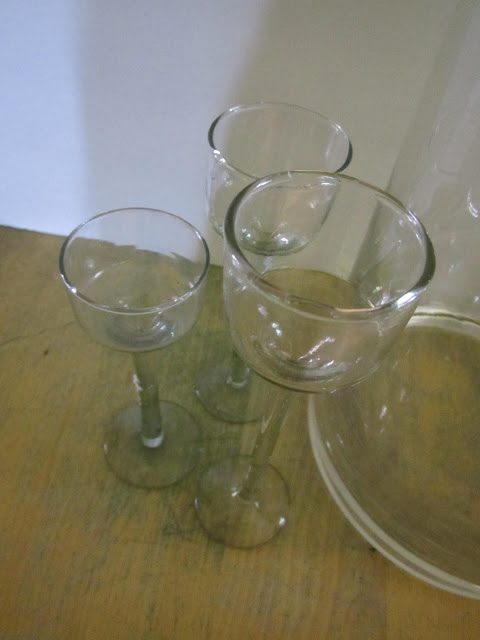 These fun little staggered height tea light stems are from our friends at
Dollar Tree. They're delicate, clear, and barely there.
And they're going to help us float some flame. 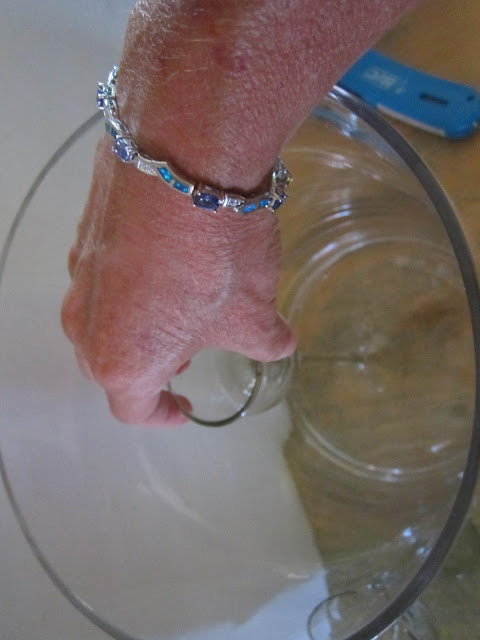 Place all three in the bottom of your large vase or jar.
Set them in a way that feels right to you. 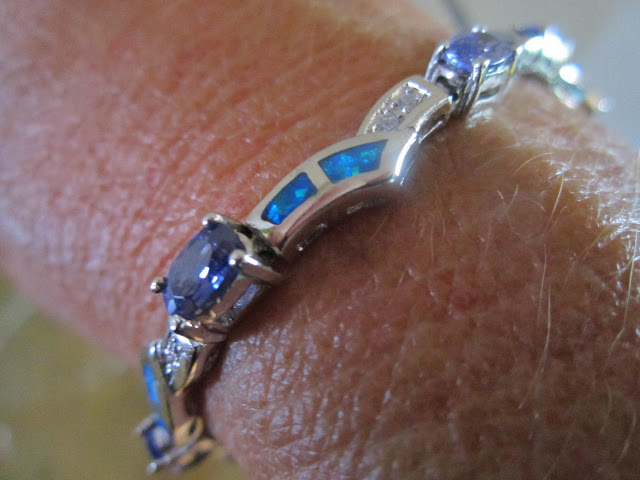 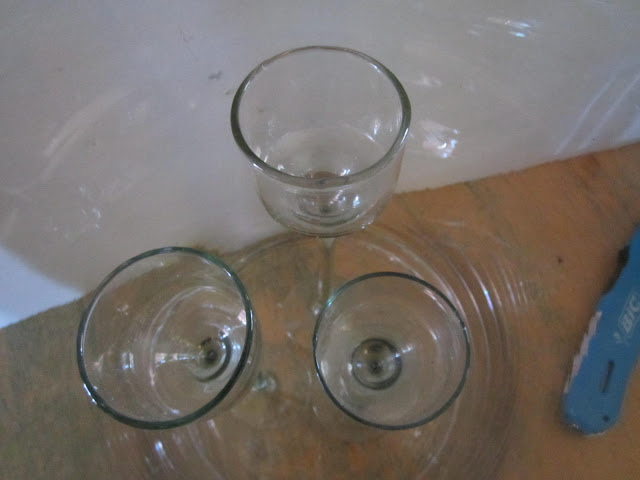 Once you have those where you want them... 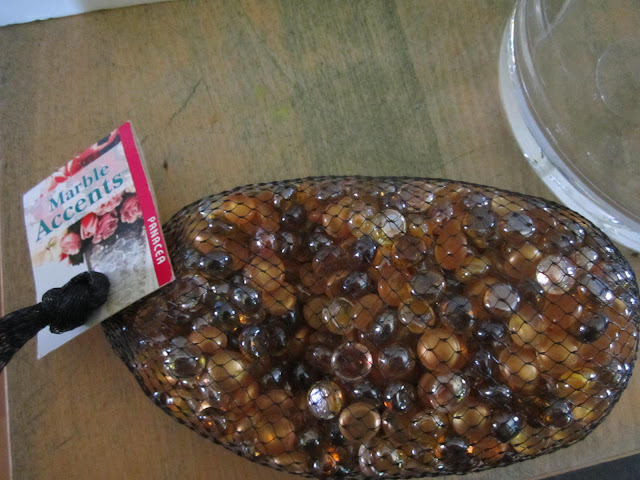 ...grab some filler.
You want it heavy.
I went with a mix of ambers in different intensities and finishes. 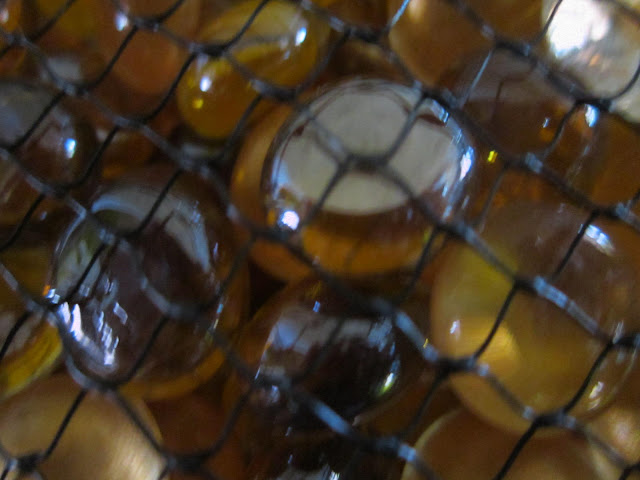 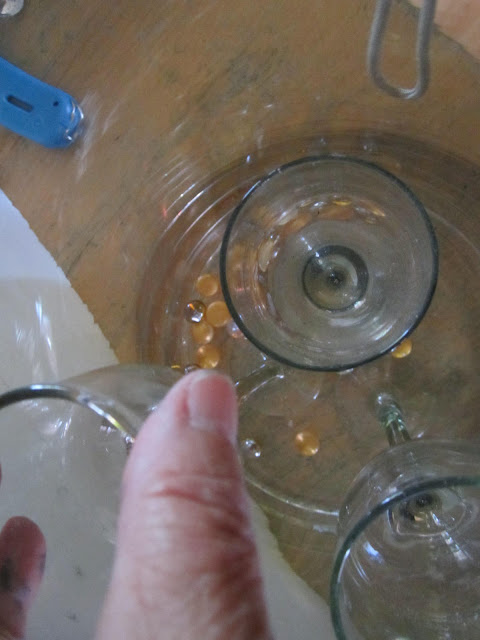 Hold each stem with one hand as you pour marbles
(or river rock, sea glass, sand, small trained rodents)
around the bases with your other hand.
If you have another free hand, this will go faster, AND
you'll get a gig on Jerry Springer.
"Three Armed Crafters and the Small Trained Rodents Who Hate Them."
I swear I'm not drinking. 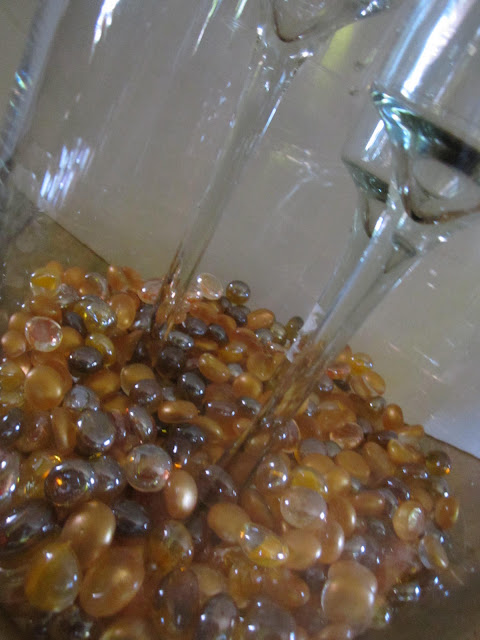 You should have a nice sumptuous depth to your filler,
but not so high that the slender stems of the tea light holders don't tower
over the surface. 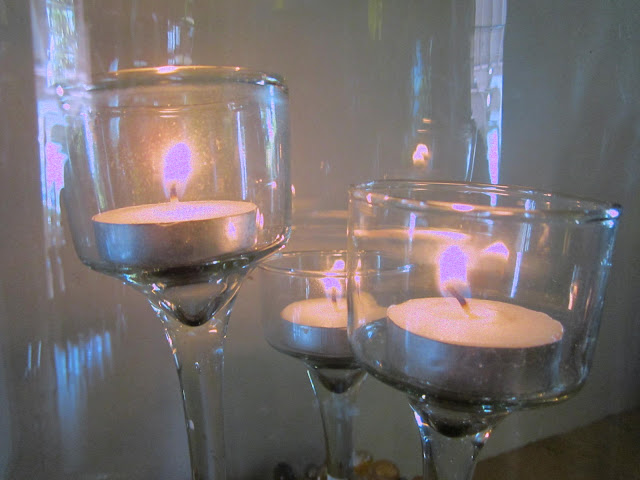 Drop in a candle and add fire. 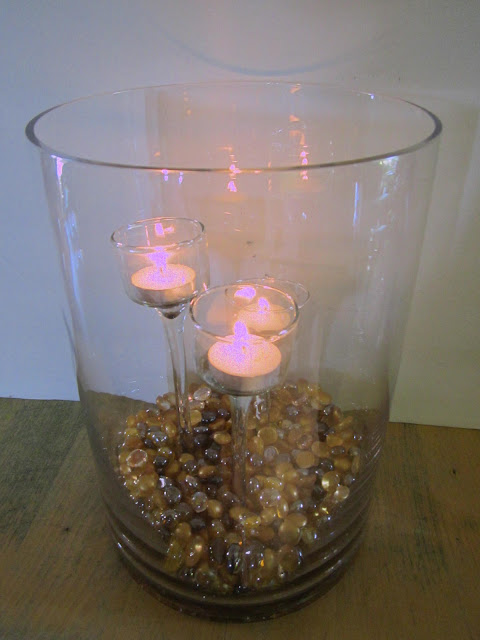 Sparkle.
Glitz.
Glittery awesomeness extraordinaire!
And I like it a little. 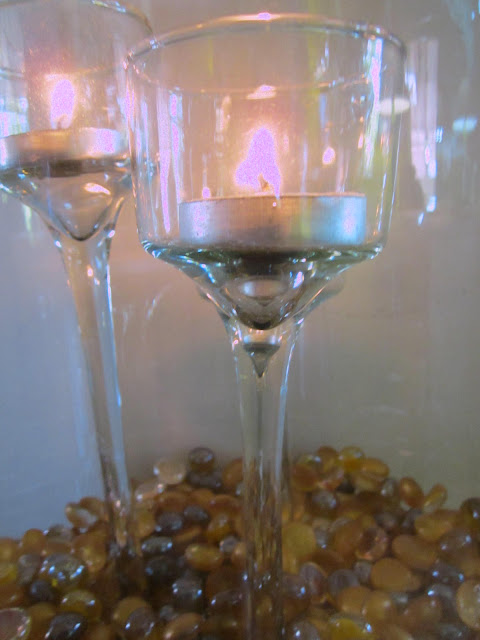 It's a lot of glow in a smaller space. 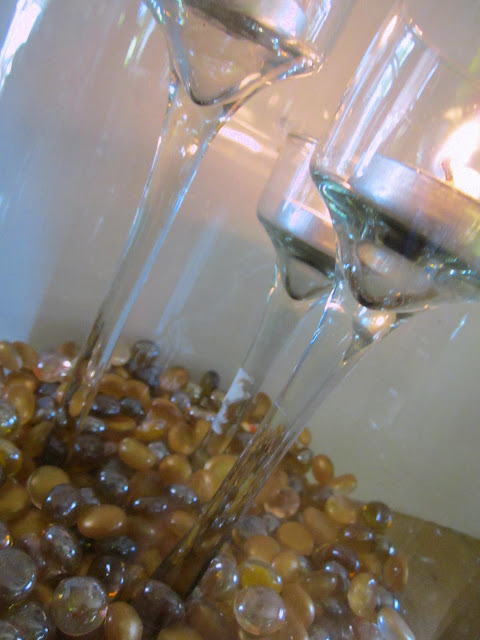 You'd have to be radioactive to get more glow. 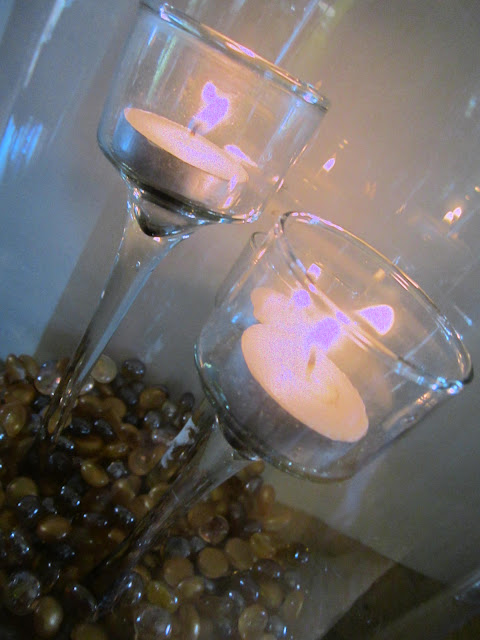 At that point, this would become a completely different,
much more disgusting project, so let's stick to tea lights,
and YOU, yes you, stop suggesting things like that.
Sicko. 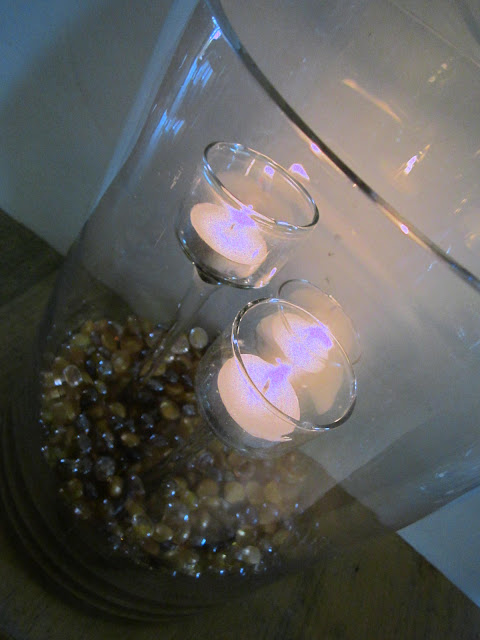 Forgive me.
I think I'm starting to slip into Halloween mode.
I referred to putting whole chickens in the freezer as "hiding the bodies."
For now, let's just concentrate on a bright, shiny, innocent Autumn.
Well get all macabre later.

Love the sparkle! Bring on the Halloween too!

I am so glad I didn't get into a "Fall Glitz-Off" with you! You make the most awesome stuff! Oh...and love the bracelet!