We lightened up bread pudding, a traditional dessert
invented to make use of old bread. Anytime we have leftovers from a loaf of french bread, they go in the freezer until we have enough to make this! 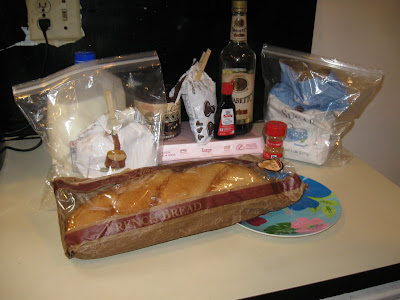 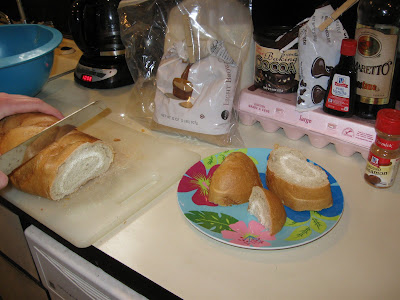 Preheat the oven to 325 degrees F 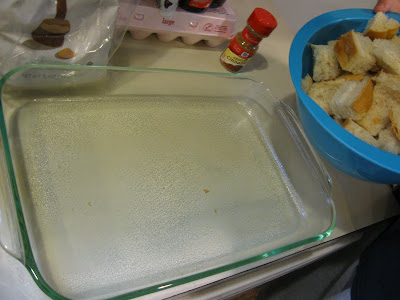 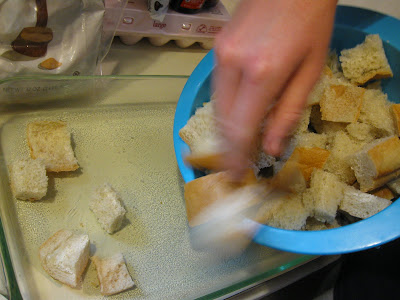 In a large bowl, whisk together the milk and liqueur. 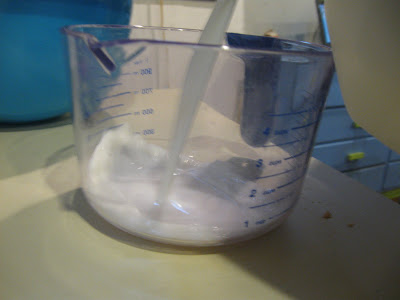 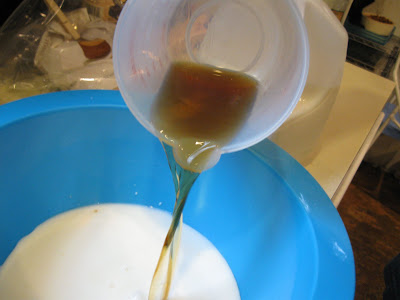 In another bowl, combine the granulated and brown sugars with the cocoa powder and mix well. Add this to the milk mixture and whisk to combine. 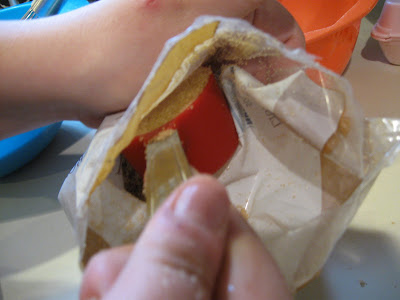 Tip from the Minions: level your measuring cup against the side of the bag. 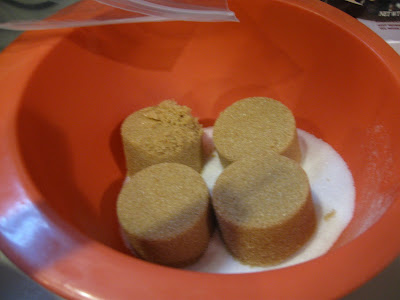 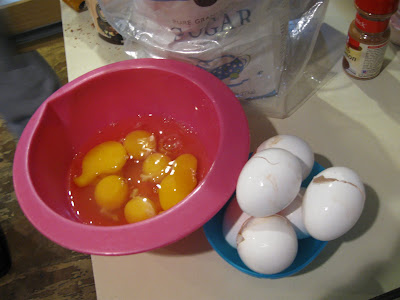 Add the vanilla extract and the cinnamon to the beaten eggs. Combine the egg mixture with the milk mixture and mix well. 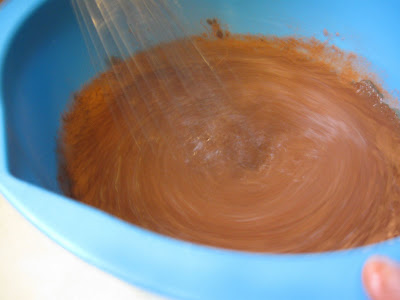 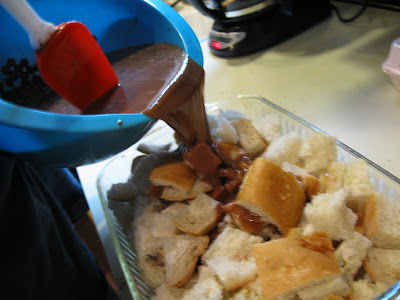 Pour the mixture evenly over the bread cubes; let stand, stirring occasionally, for at least 20 minutes, or
until the bread has absorbed most of the milk mixture. 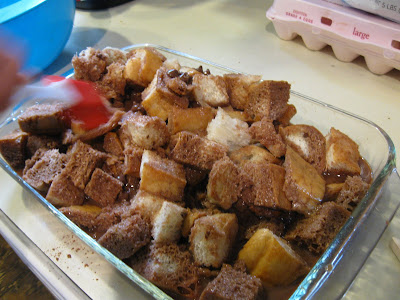 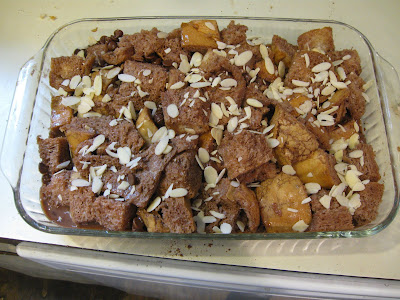 Sprinkle with slivered almonds.
Bake the pudding for 1 hour, or until set; a knife inserted into the center of the
pudding should come out clean. 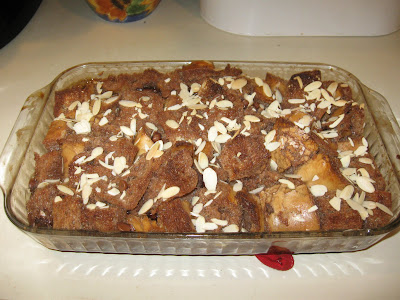 Serving the pudding warm, or refrigerate it and serve chilled.
Serve it warm or cold, with whipped cream or a dessert sauce.
This. Was. Amazing.
Chef's Comments: I liked this, and everyone else seemed to like it so much that on the first night(4/11), the dessert was almost gone. It was finished off in two nights. On the second night(4/12), we only had enough for 3 people. I had one of the slices because it was my birthday on the second night!
(We also had cake; he just chose the bread pudding instead!)

Yum! My dad makes bread pudding, but I've never had the chocolate kind before!