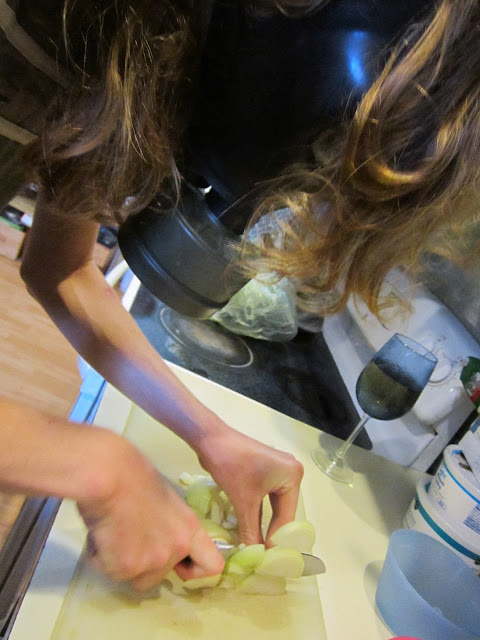 I'm at that point in life.
Right from wrong has been established, they can dress themselves,
clean their own rooms, and handle household repairs and chores.
My children are grown and close to edging out the front door and into their own lives.
And while they've become interesting people, proficient handipersons,
and excellent students, we have an unconquered frontier:
THE KITCHEN.
Ain't no child of mine walkin' out of this house calling Ramen dinner. 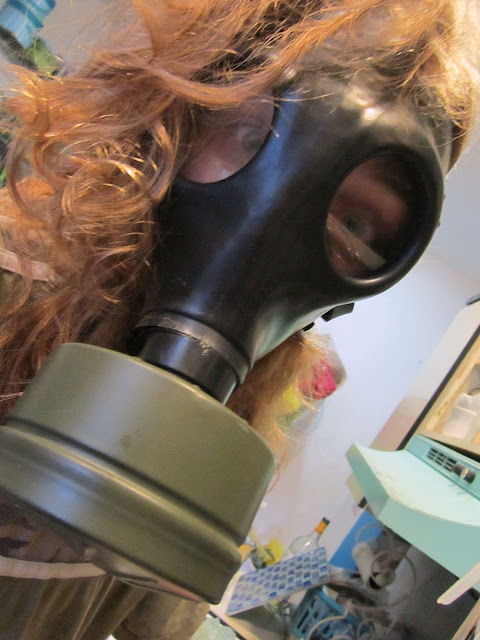 It doesn't matter how you chop an onion as long as you do it.
Last night, we had chicken portabella
and eggplant portabella,
(with two vegetarians in the house, separate entrees are a must)
Parmesan stuffed tomatoes, linguine and french bread.
How do you top off a meal like that? 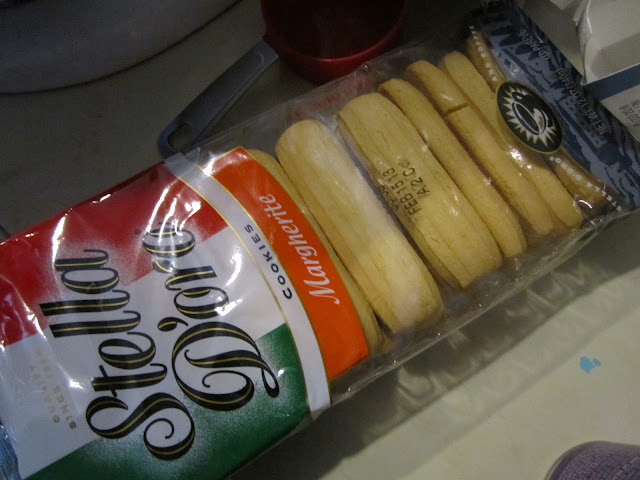 Tiramisu is one of those desserts people always think is a complex,
involved venture.
We're here to offer up an easy version you can have on the table on a Tuesday.
Bonus: mine is low fat!
Yeah, I like these size 8 denim shorts, know what I'm sayin'? 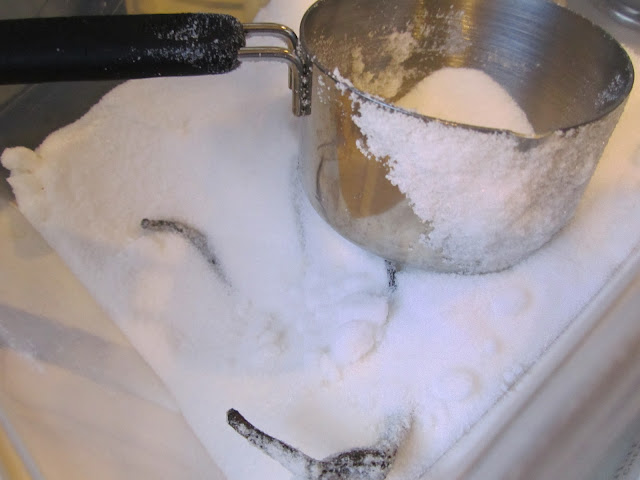 *Note the vanilla beans in the sugar bin. YUM, people* 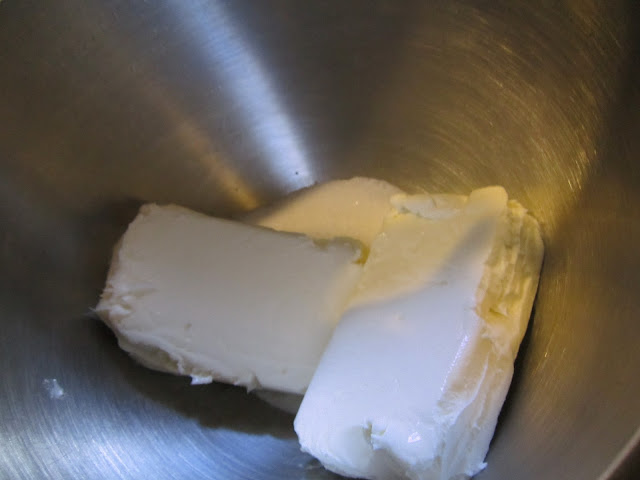 Beat the cheese and sugar until it's fully squished up, light, and fluffy. 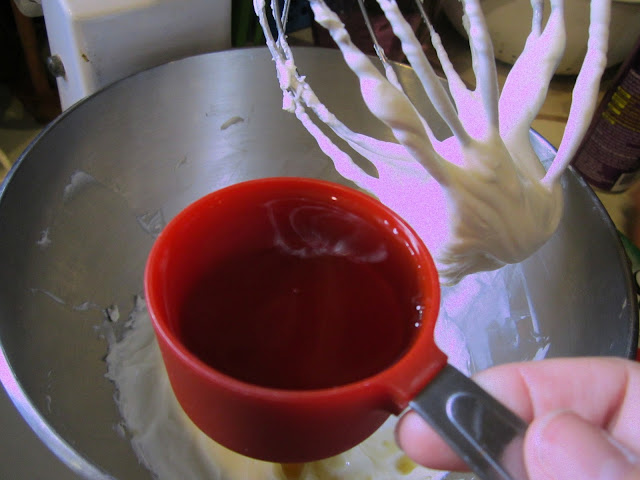 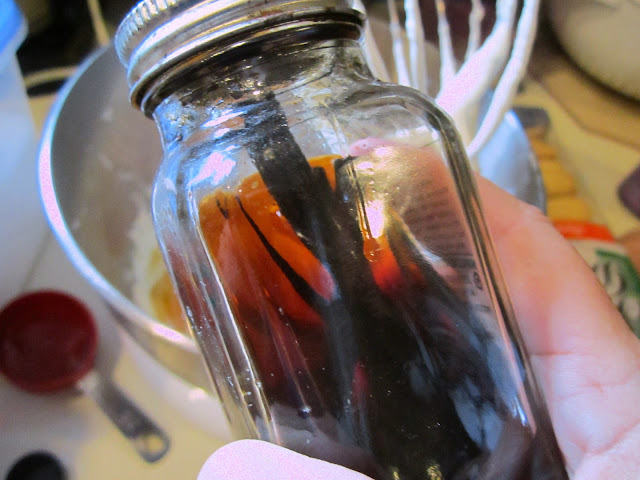 ...and the vanilla. We make ours. I think you know that. 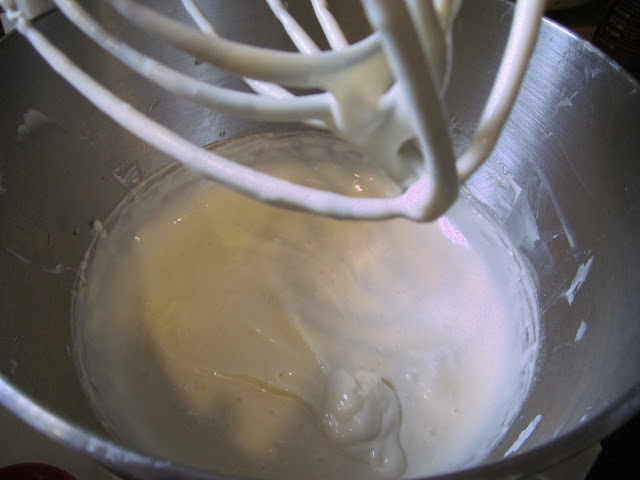 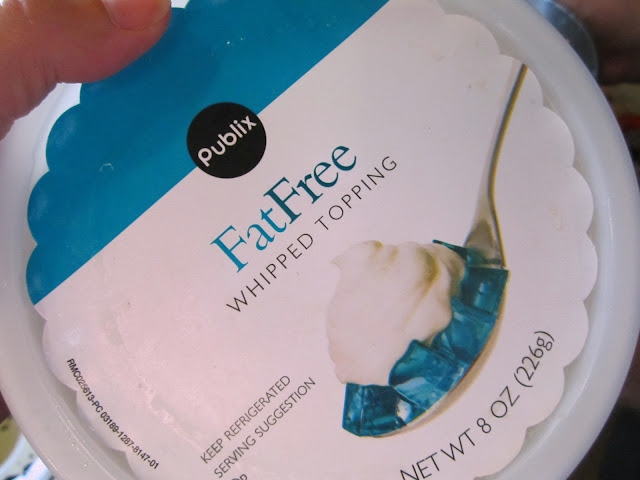 Fold in your tub of non-dairy whipped....stuff. 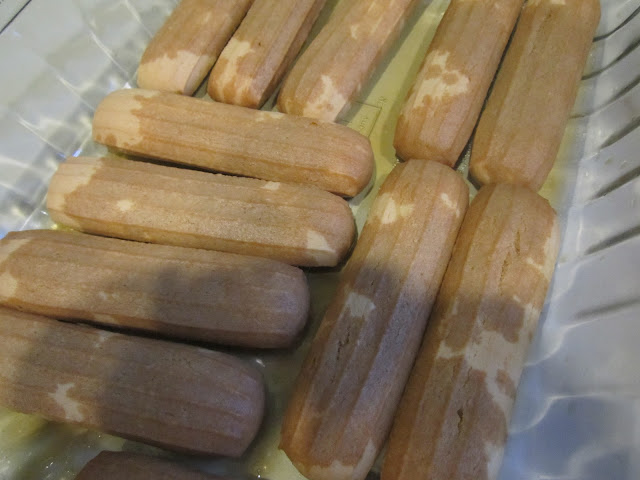 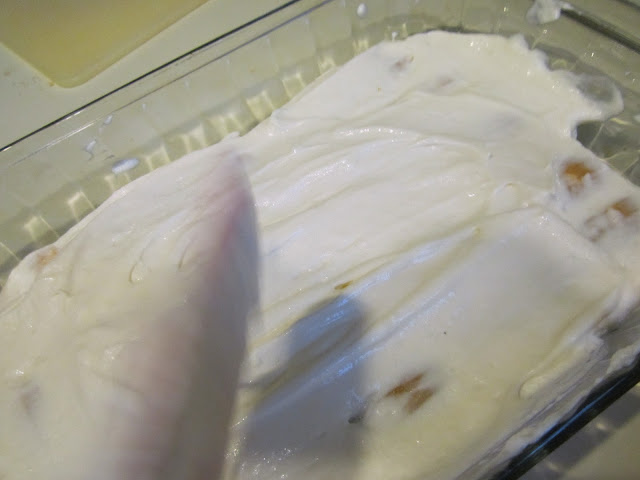 Spread half of the creamy mixture over this. 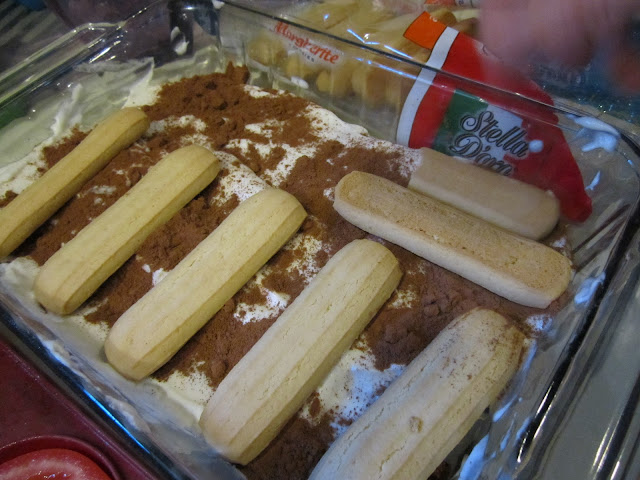 Scatter half of the coco on top, then just repeat yourself.
Super complicated, huh? After you put the last of the cocoa over it, sprinkle on the almonds.
Pop this in the fridge for a couple of hours, flick some cocoa on
your shirt and in your hair to make it look like there was an effort,
and kick back. 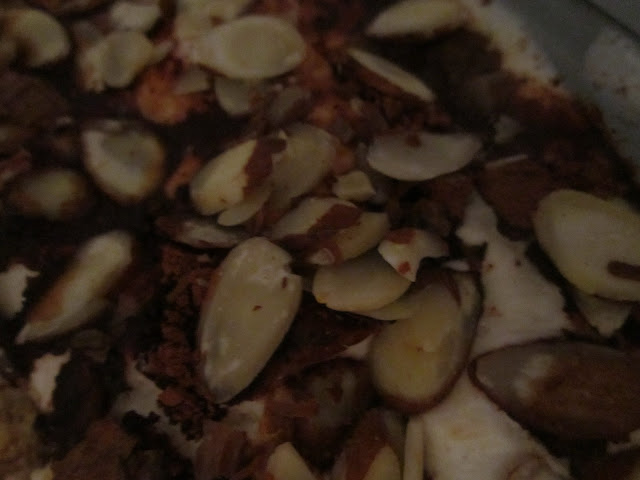 Get your AFTER pictures fast.
Why? 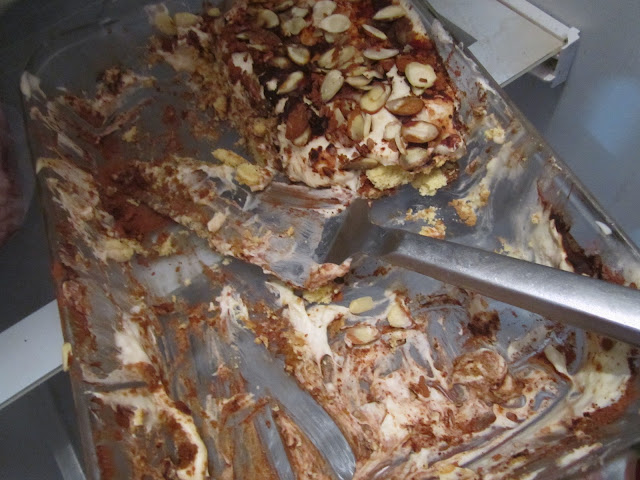 Any dessert with coffee in it is aces in my book!

*%$%!! Now why didn't I think to teach my kids to cook me an awesome Italian dinner complete with Tiramisu for dessert before they left home???!!! Lucky girl!

Wow! What variety of orchid do you harvest your vanilla beans from? I never thought of do that.

I like how you're prepping them for the real world with desserts! :)