Wading Through the Sawgrass

We have out of town company.
My oldest son, Samwow, has his serious girlfriend here to meet the family.
Beth is from Arkansas and has never seen the Atlantic Ocean,
but our typical South Florida Summer weather is thundering overhead.
Fortunately, I live in a place that people pay big bucks to see for a week. 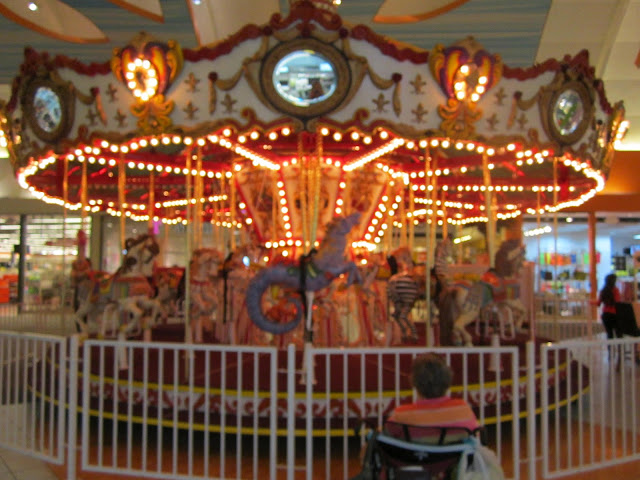 Yesterday was one of the largest malls in the country, Sawgrass Mills.
They have the usual area with a carousel, bungee trampolines, a trackless kiddie train,
massage chairs and the like, but when it's your first time, it's different. 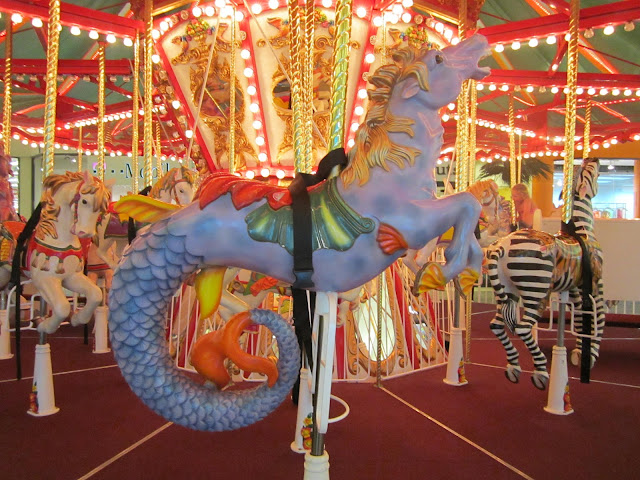 And this one does have some cool features.
Seahorsie ride, anyone? 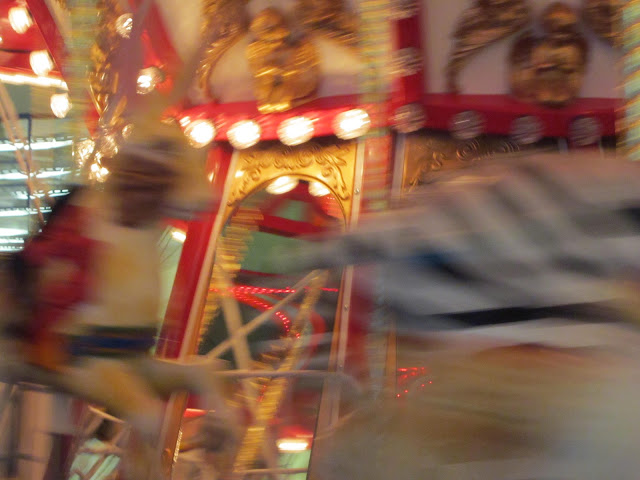 Our carousel features exciting breakneck speeds of 60MPH!
It's like a zoo centrifuge! 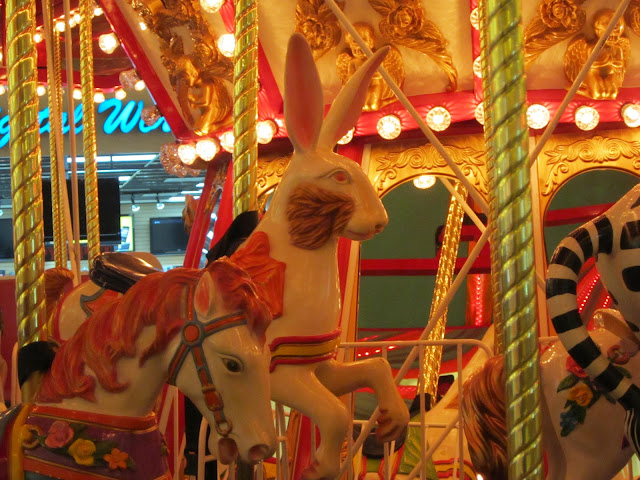 Hop on a bunny?
Yes, you're right, that was beneath me. 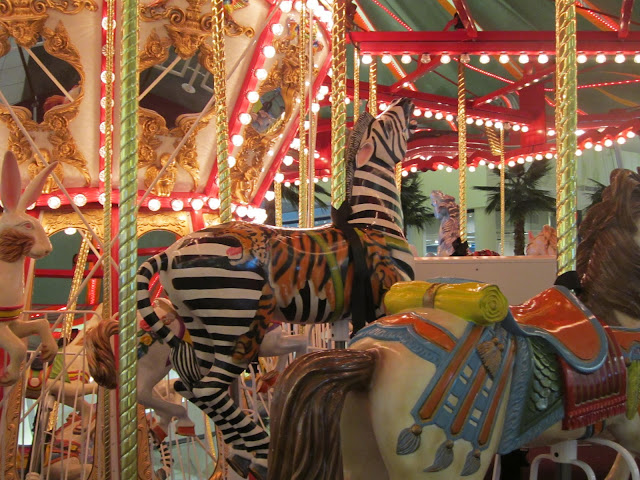 I'm not even hazarding a guess as to what's going on here... 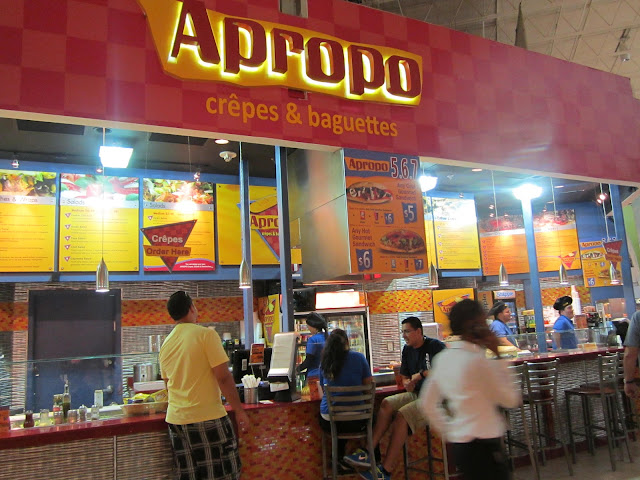 Our food court is a shade off of ordinary. 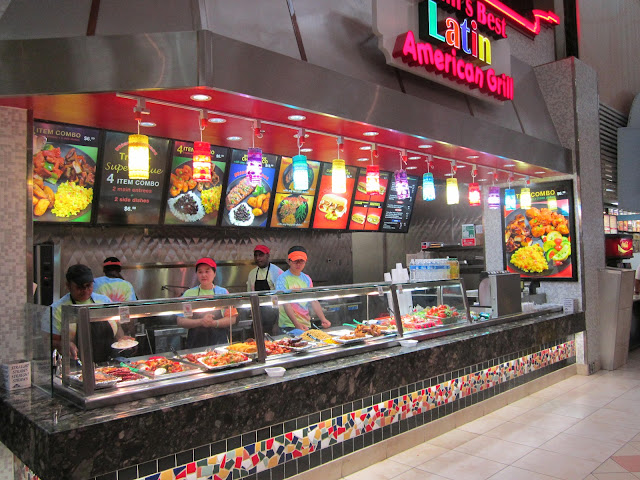 You might see where my color crazy comes from. 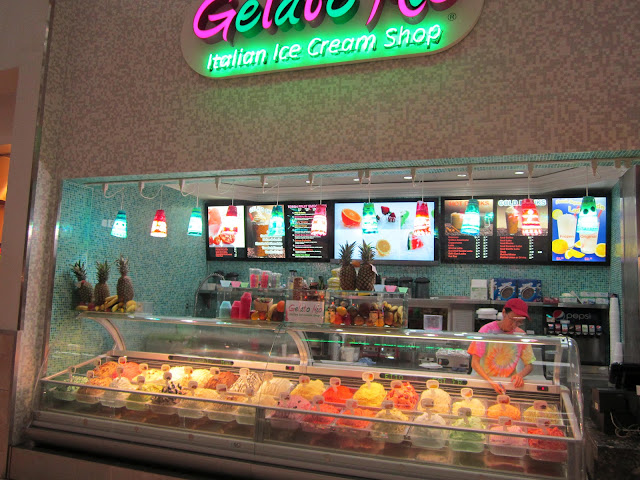 Do you see those pendant lights?
Look at me.
At a mall, and I'm looking at fast food lighting. 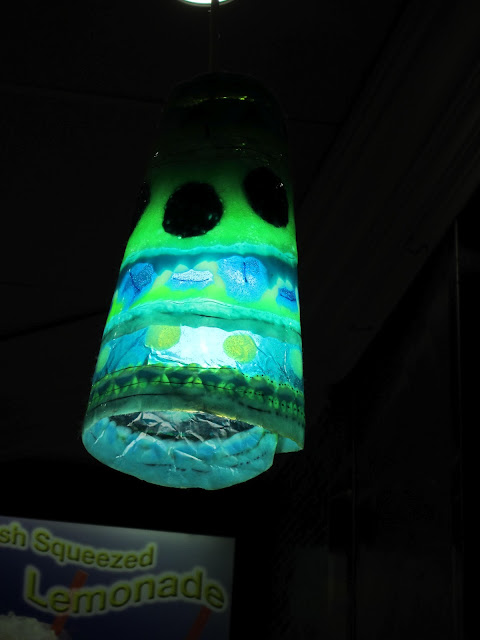 Well you would too. 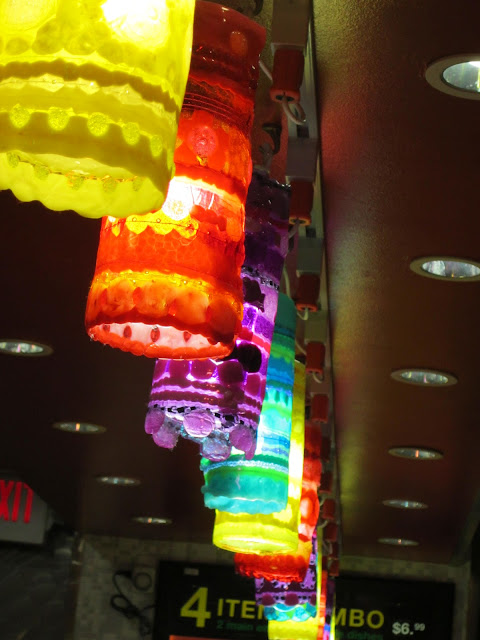 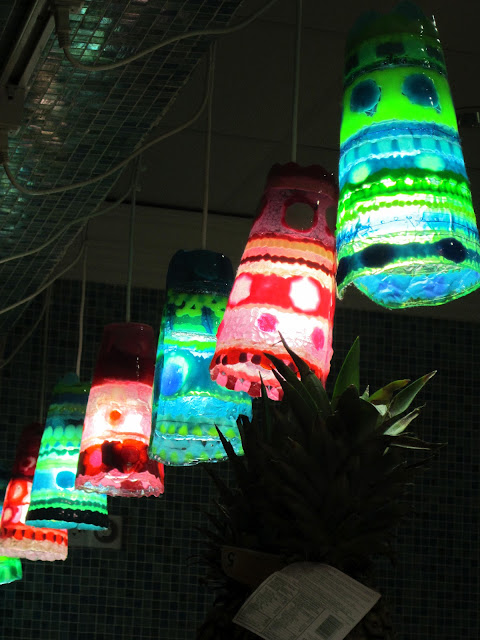 Or illuminating the living space?
The heck with it, both.
I'll take them to go. 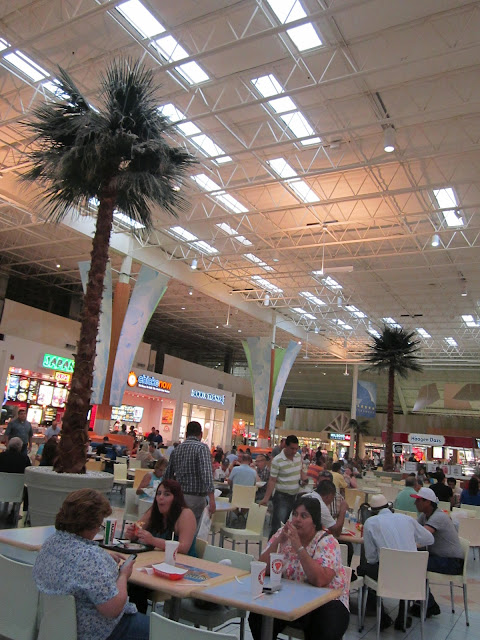 After a little California Roll, I started shoving Mom around again. 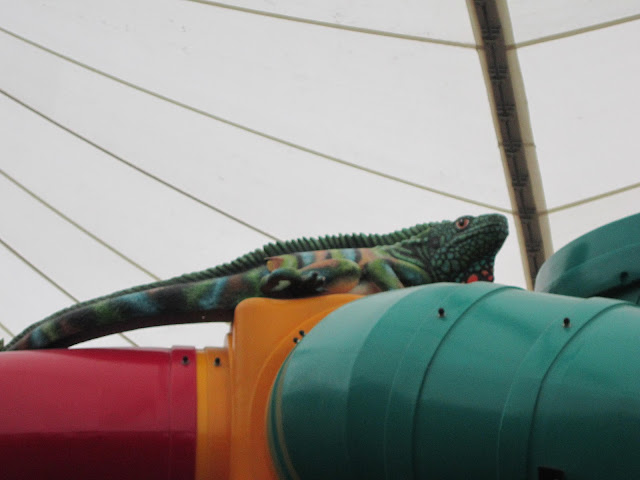 We went hunting for giant lizards next. 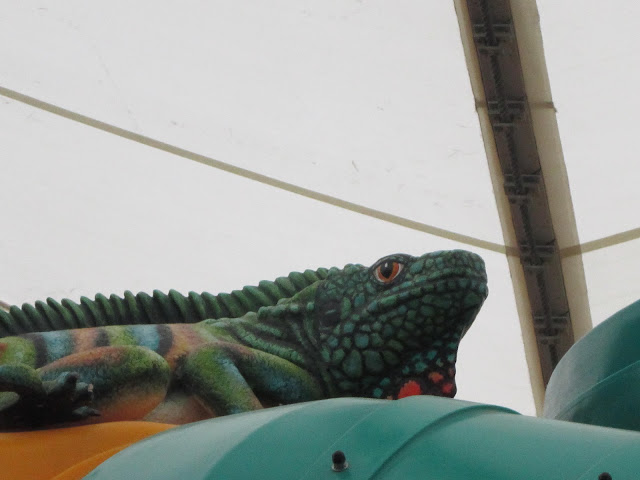 How do you concentrate at Neiman Marcus with a 15 foot
iguana looming over you? 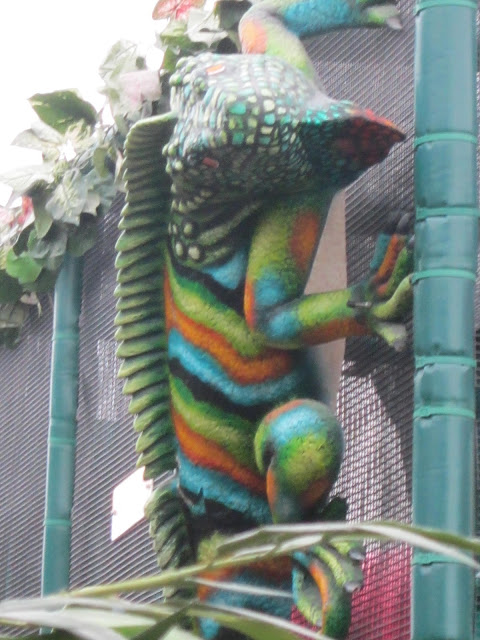 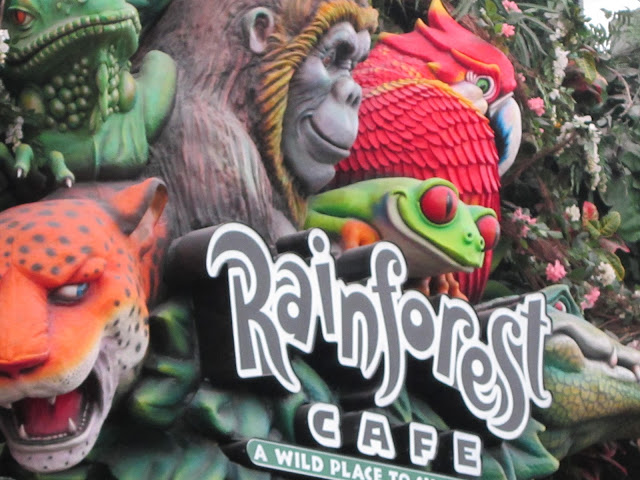 Which is less weird if you're having cocktails here. 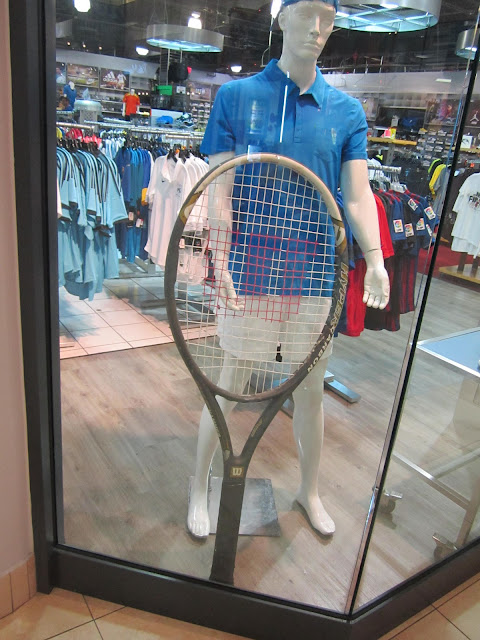 We moved on to The Most Giant Sports Store. 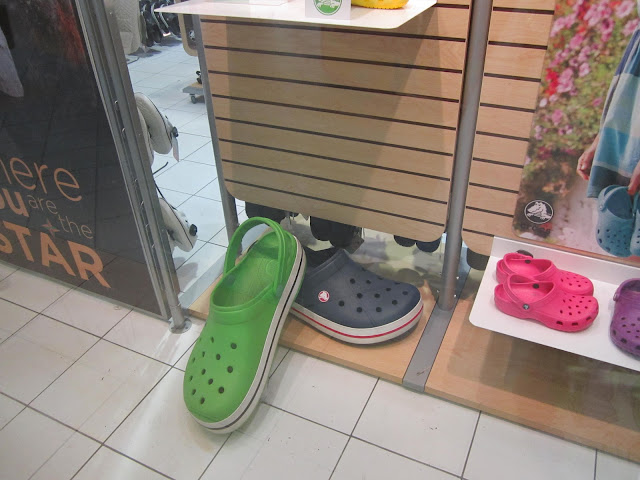 They also sell The Most Giant Crocs, which begs the question...
WHY?!?! 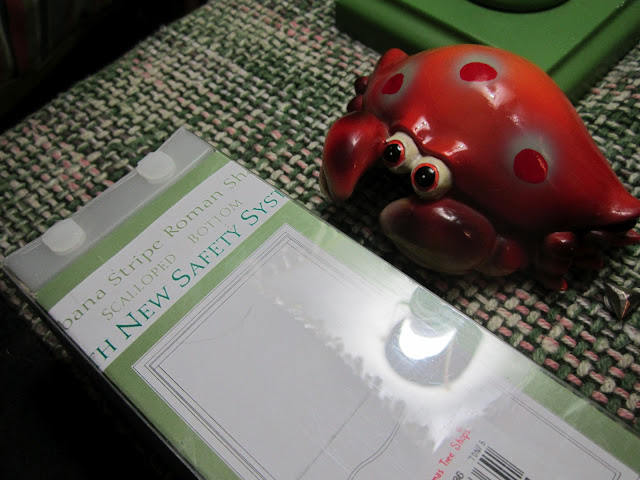 What did I drag home?
Why, a pair of these! 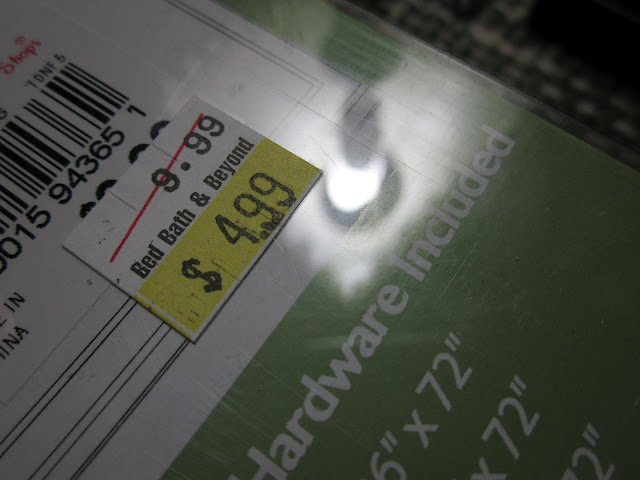 On clearance for $4.99?
Sure!
But they were in a half off bin on top of that.
That's right, The Redhead scored nautical striped Roman Shades for $2.49 each. 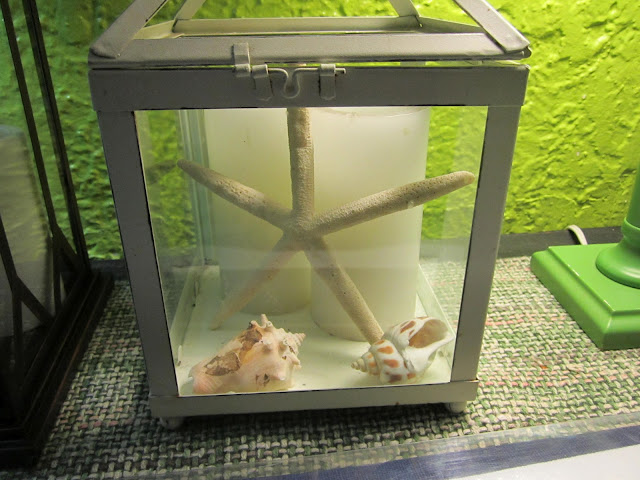 You may have notice I lean subtly toward beach themed decor.
Actually, subtlety is not my strong suit. 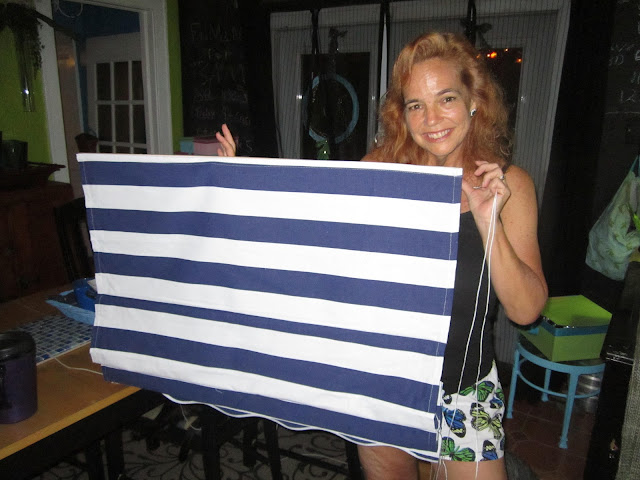 So when I stop being smug, I'll get out the drill and get these installed.
Because it's rainy again today.
And I've got project fever.
Posted by Life in Rehab at 9:50 AM

Wow, looks like an interesting place to go! I am very creeped out by big lizards, so I may have to avoid Neiman Marcus!

I looove the pendant lamps! You are going to show us how you made one, right? Also, I think your house needs a giant iguana in tropical aqua tones.

I'm with Michelle....I want to see you make those awesome lights! Looks like a great time!

Have you had a makeover? You look stunning!
x