A new store opened next to the Home Depot four blocks from the house.
Deals is half dollar store, half Dollar General.
And it's stellar for craft supplies and fun ideas. 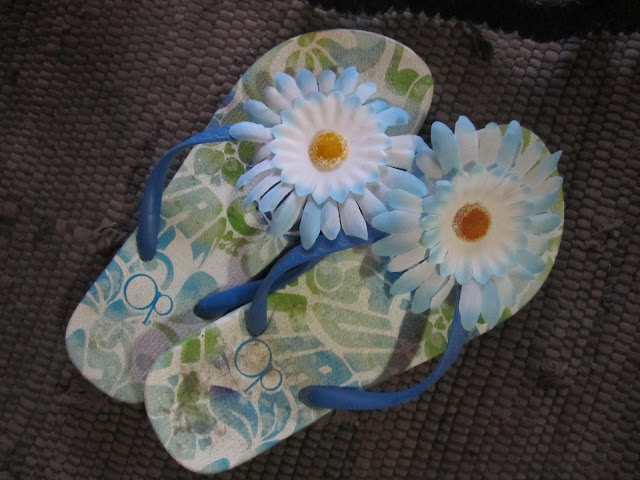 I'll be snagging some goodies from there today for a few fun Summer
projects to post next week.
I need a break from the serious repairs, although we did get an awful lot done this week... 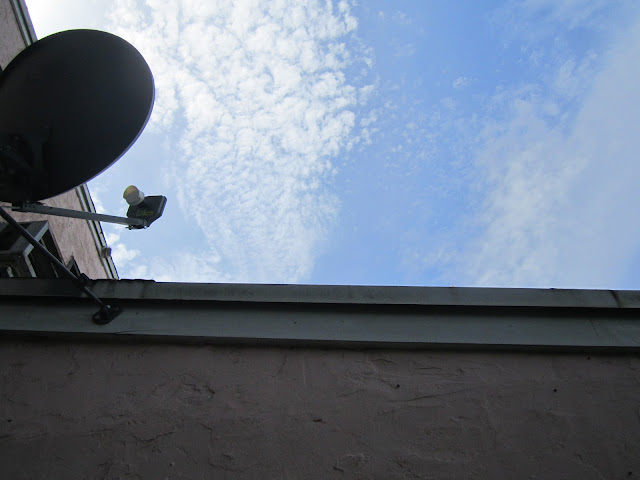 ...including patching the leaks up here! 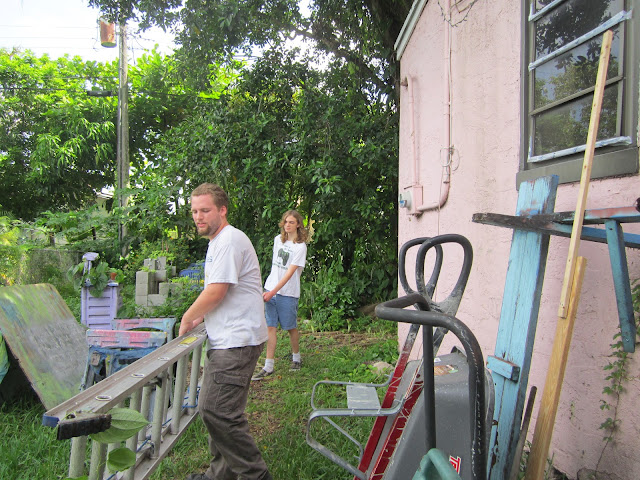 Moe and Shemp Samwow and Thom brought me our tallest ladder.
Of course, I was forbidden from climbing up on the roof. 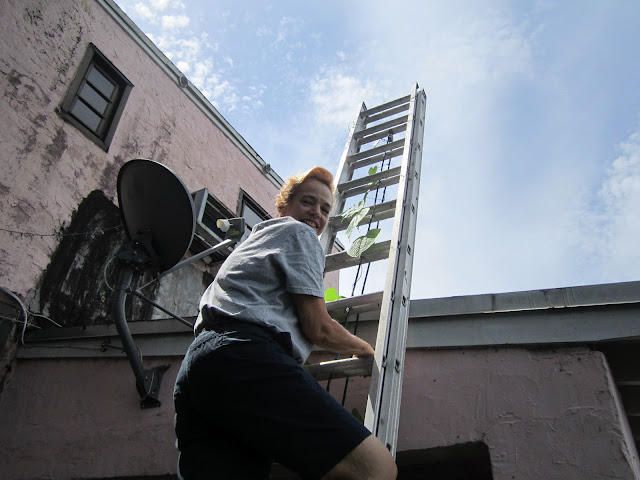 So naturally, that's exactly where I went. 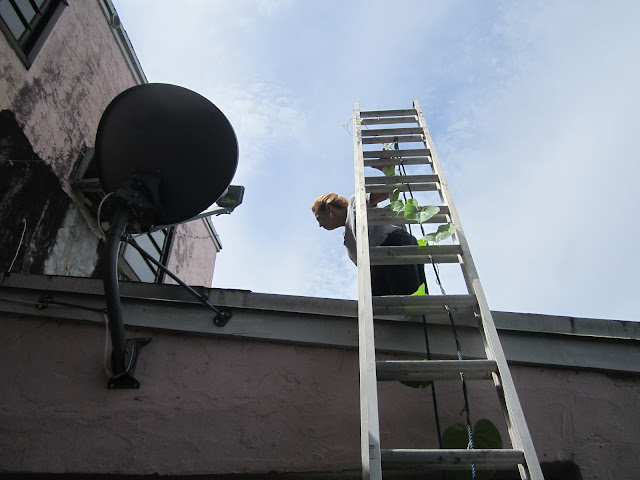 It took about two minutes to identify where the leaks were coming from. 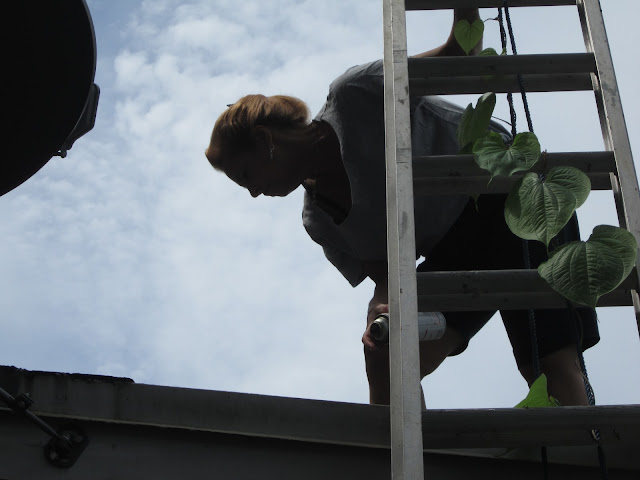 I slathered them in 3 thick layers of Rustoleum LeakSeal.
I had tested this product earlier to see if it works,
and man, does it ever! 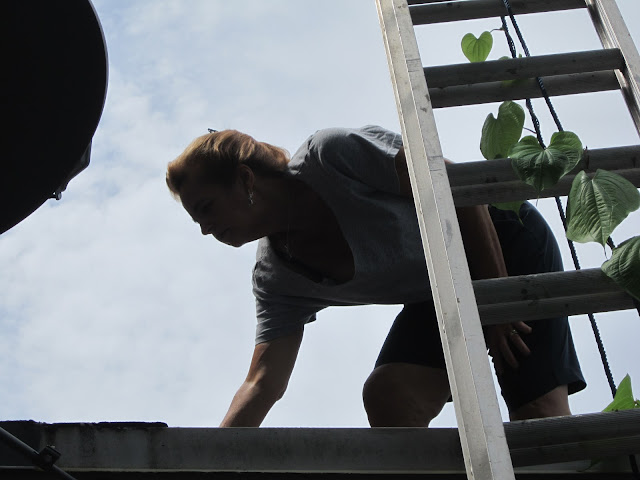 It rained later in the day, and my efforts were not in vain,
so I'll be hoarding more cans of the stuff for when Sam
hits the gym.
Shhhhhhhhhhhhhhhhhhhhhhhh!
This is just between us, okay?
As for next week, we'll make some pretty things.
I will NOT make you fix things, okay? 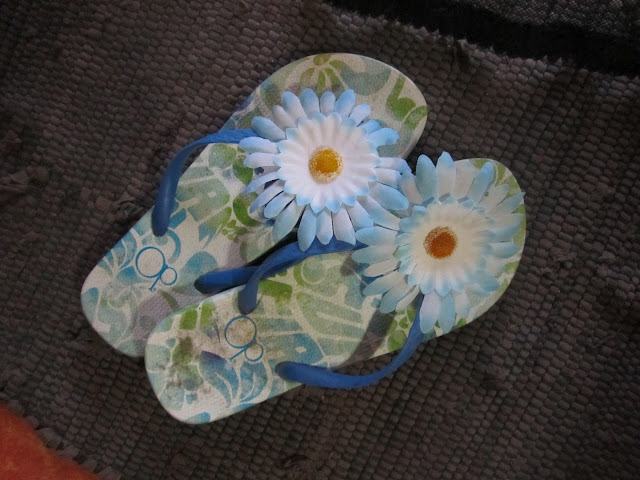 So...
Going to Walmart, Deals, and Home Depot.
BRB.
If not back, avenge death!

Oh my goodness. You make me nervous on that ladder. You had better stick to the shopping! We've got Josie's flamingo birthday party this afternoon. Thinking of you, my tropical friend!