Okay, here's the deal: by the time a week before graduation rolled around, it was quite evident that not only were we NOT going to be ready for a big bash, but there were several conflicting occasions within the crowd my son hangs with, so we scaled back and had a very nice little BBQ with friends and family,
vowing to fiesta in July for Sammy's 19th birthday. To make it up to him, we did a big family beach day with the Reillys Friday, and then lined the grill with meat (and vegetarian selections) on Saturday. Sammy's one unwavering request? CHOCOLATE! 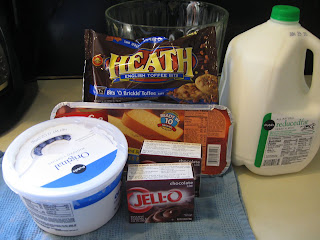 Enter his younger brother Thom, with assistance and photography from Savannah, and our delicious recipe for Chocolate Toffee Trifle!
You will need:
A 16 oz tub of whipped topping
2 boxes of instant chocolate pudding
1 pound cake
2 cups of milk
A package of toffee bits 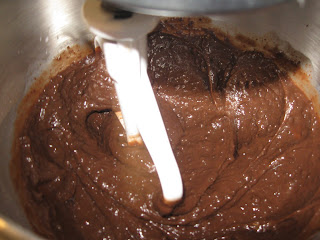 First, combine the pudding mix and the milk until smooth. 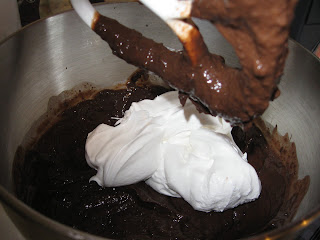 Then fold in half of the whipped topping. 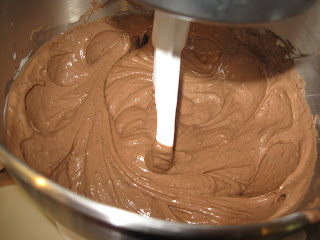 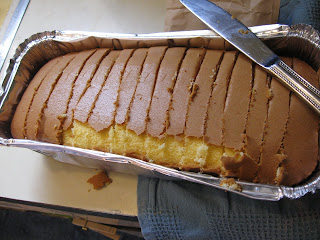 Now, slice your pound cake in half. Then slice each of those halves in half. Continue until you have 16 fairly uniform slices. 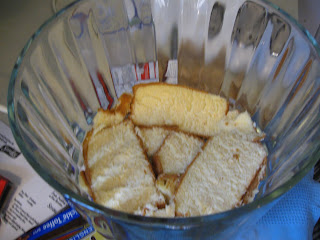 Line the bottom of a trifle bowl or other clear straight sided bowl with sliced cake. 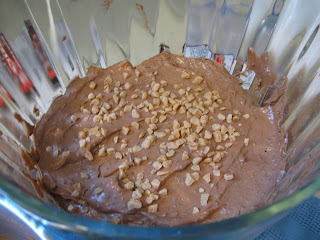 Spread the pudding mixture over that and sprinkle with toffee. Repeat this until you have 3 layers. If you get a little pudding on the side of the bowl, simply wipe it down with the next layer of cake. 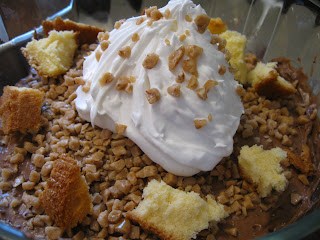 Top with the remainder of the whipped topping, cake crumbles, and toffee bits. This was gone, and I'm not kidding, in under 15 minutes!
Chef's comments: I like it, this is easy to make and a good thing about this dessert is that no one would
really mind the appearance because of it's taste, well except of those who are so "fancy".
Trifle. Impressive results, and unless you're Rachel Green on Friends, you can't make a mistake!
Posted by Life in Rehab at 7:41 PM

Yum!That looks amazing!! Great job on the trifle there Thom!

That looks delish! And I love 15 minute dishes... especially when they involve chocolate. :)

Thanks for the recipe!

Thank you ladies, and this was seriously the best trifle we've ever whipped up!