I'll Have the White Fish

A couple of people asked about the fish on my table in the background of some shots, so here's a reboot of an early project!

Mr. Fish started life as a fishbowl base. However, there was an incident (that Blackberry the cat and I have mutually agreed never to speak of again) that left Mr. Fish useless and summarily banished to the recesses of a bookcase. 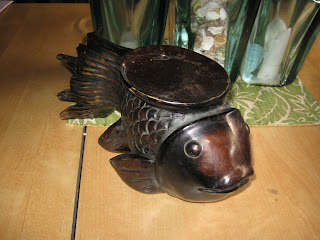 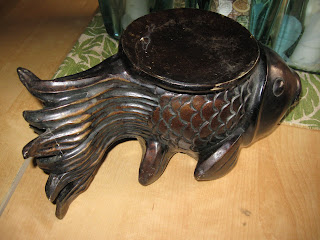 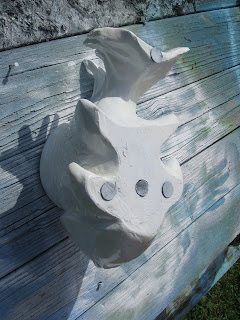 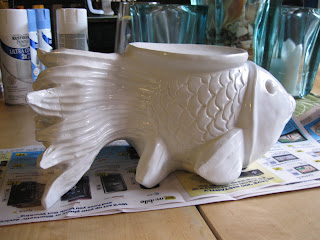 I give credit for inspiration to Sherry
Petersik at Young House Love. The woman has an obsession with white ceramic animals, and there's no better way to unify a bunch of mismatched items than with a coat of paint. So one can of gloss white later, Mr. Fish and two other random brown and gold fish I had stuffed in a closet had a fresh new look. I'd already taken Mr. Fish shopping at Walmart for a smart new hurricane that balanced him nicely, and a bag of clear and white frosted marbles. 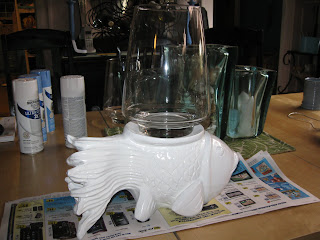 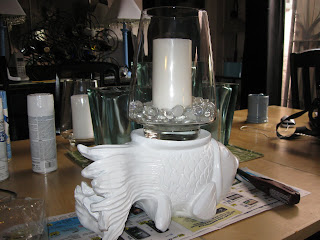 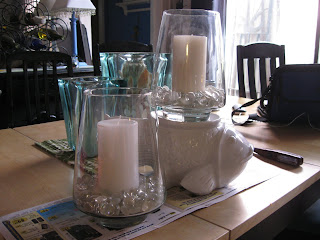 A little dive into Z Gallerie had the Hubster toting this white beta fish around for the evening. When I told the clerk I'd been thinking about the critter for a week and had to come back for him, he generously gave me 25% off! I love that place!

And here's how the top of our entertainment center ended up... 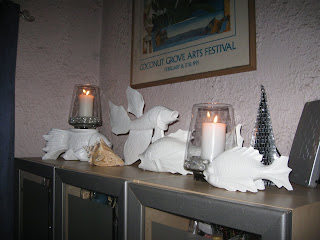 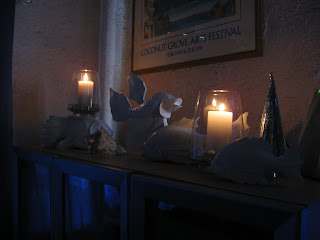 I like this! They also look really cool painted a bright popping color. I think the charm is that they are all one color. (Or something?)

Nice job! It's amazing what spraypaint can do :)