Now, granted, I've been doing craft projects with the children since they could splatter finger paint and clutch a glue stick, but sometimes I get a little misty at what they come up with on their own.
Last year my oldest son wanted to be the Joker, emulating Heath Ledger's take on the character in The Dark Knight. We don't do store bought costumes, so off we went to Goodwill to buy suit pieces to fit the bill, and then we swung by Home Depot for spray paint.
Yes, we spray painted the suit in green and purple. And some gloves. 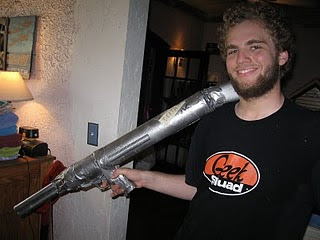 So when his sister needed props for her play,
spray paint was Sam's weapon of choice. 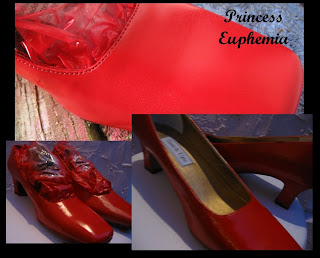 And when the Giggle Gaggle (any assemblage of my daughter and her friends) were unsuccessful in locating red shoes for a costume during our latest Goodwill Hunting, I told them to just find the style they wanted, and then this happened courtesy of Krylon Gloss Red. 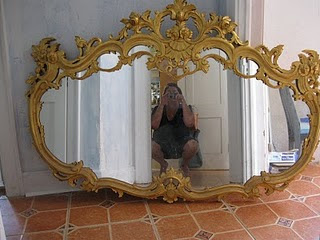 So it's no mystery that when Savannah asked if she could tackle the giant gold mirror, I let her.
Yes, it's done. And hanging. And it looks fabulous.
You'll see the blow by blow tomorrow. She photographed everything.
You have learned well, Little One.
Posted by Life in Rehab at 1:09 PM

Oh I can't wait to see that mirror!!! I took my girls thrifting with me today. Trying to get them into too. They each found something, so that's a start!

My kids BEG to go, and I hope yours get just as hooked.