The Definition of Insanity...

So you're probably asking yourself, why hasn't that lazy redhead made or fixed or built anything lately??? Well, perhaps you remember this attractive yard ornament. 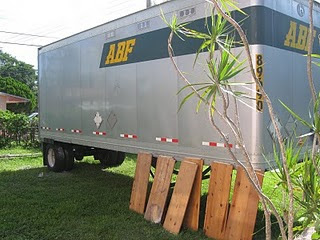 Yeah, not everyone has a semi in their back yard. I'm sure my neighbors are beside themselves with joy at the increased property value I bring to the table. This was jammed to the rafters with everything my mother owns, from antiques to cleaning supplies, and oddly, the moving company wanted it back. NOW. Now didn't really work for us, but who are we to argue?


So, game little adventurers that we are, we first nearly emptied the pod that contains our lives into the house. I say we, but it was really Sam and the Minions. Mom had to work. Which means that said emptying happened with no particular plan. I came home to much the same chaos we'd had previously. 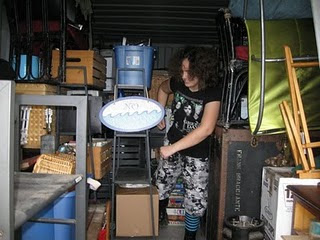 It got worse the next day as they completely emptied the semi, which as luck would have it did not fit in the pod. And a lot of it ended up in the house. Whoopie. I'd just gotten a couple of the rooms settled for some nice clean shots to share too. That was not to be. 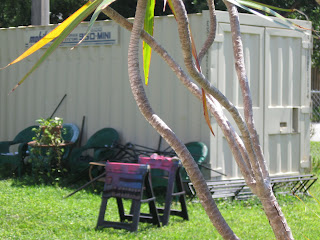 I found myself moving wardrobe boxes just to make space for the dining table, which had a couple of leaves taken out of it to save space. And there needed to be a path for Mom's walker, that was a challenge. I was climbing over things, mentally tagging them for a yard sale. Christ, when am I going to do THAT? Where's my paint. Did I buy THAT? 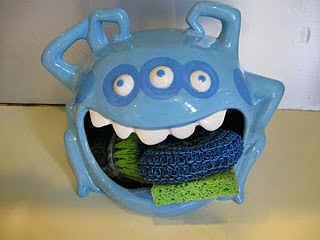 I'm a little amused, mildly stressed, and I seriously need to get some order back in my life. I'm an organization maniac, and this is just not working for me. So while I have some cool stuff planned to show you very soon, you'll have to be a little patient, because, quite frankly...
I have to find it first.
In the meantime, would anyone like to do a guest post?
Posted by Life in Rehab at 12:01 PM

Sarah AKA The Thriftress said...

I can be patient! You have a lot going on. Good luck!
Sarah

Thanks Sarah, I appreciate it!

Oh my. Well, sometimes life just gets in the way!

Deep breaths and chocolate. Or a beer, that works too. :)

I think beer would have a more medicinal affect.

Beer is for kids. Have some of my wine and the world will be perfect ;-)

Oh no! Good luck with all of that. I highly recommend you skip the light stuff and head straight for a lemon herb martini. I can share a recipe if need be. :)

Michael, oh yes, I do still have one bottle of Summer Love!

Hahaha "Did I buy THAT?" I've had that thought a time or two. You're a good woman.

I have to come clean here: that blue monster is one of my favorite things in the kitchen.

Thank you Sunny for your comment and your visits! It has been a hard week but slowly getting better. It is nice to have been missed.
~Gay~
itsahodgepodgelife.blogspot.com

I agree with Chelsea (found you through her blog btw); beer is the cure of so many of life's problems... even if it caused them. I am very thankful that my boyfriend Scott and I have a beer fridge in our garage for when our home improvement projects get too overwhelming. Funny post!

Thanks for listing me as a Top Ten! You are so stinking sweet! Do you need an explanation for my site? I realized that I was the only one without one...I feel a little lonely....

Awwww, Rebekah, honestly, I just love your site and all the crazy things you accomplish. But who better to define you than.....YOU!

Thanks for the mention, Sunny!

p.s. Be good to yourself.

Hi Sunny, I would like to invite you to see the crazy stuff I've tackled without knowing what the heck I was doing! ha