Once upon a time, there was a 30 year old woman who was roughly the size of a Buick.
She was huge, uncomfortable, dying in the Miami July heat,
and swearing that she'd love her husband faithfully forever,
but that they'd had sex for the absolute last time.
EVER. 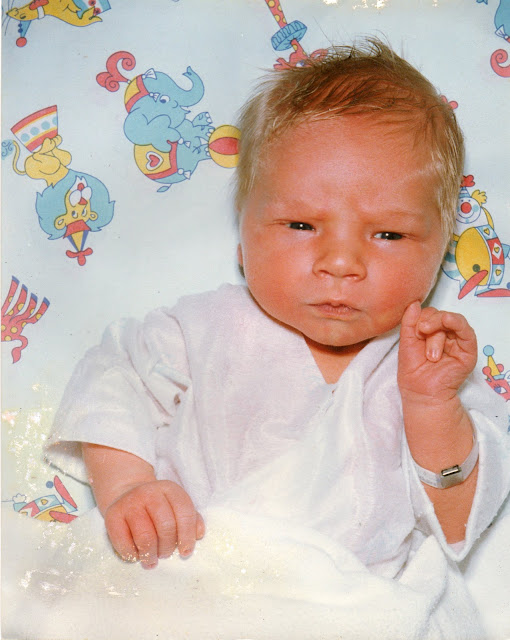 A few hours later, after a C section during which she asked
the OBGYN for a six pack of those drugs to go,
she forgot all her vows of abstinence and every moment
of 23 hours of labor, because this little man was here.
Samuel Sterling Pritchard-Torres, at 8 pounds 11 ounces,
was my smallest baby, and my very first.
You never know true love until you look into those eyes. 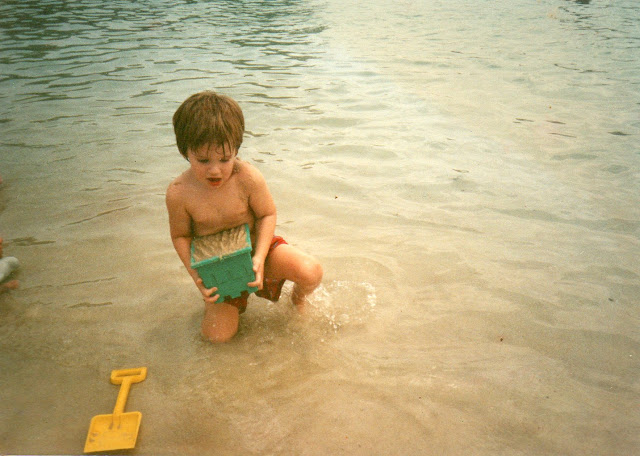 Babies come without manuals, and we were both shocked that the
horribly irresponsible doctors would just hand us a human being
to take home with obviously no regard for his safety.
We managed in spite of ourselves to keep him alive. 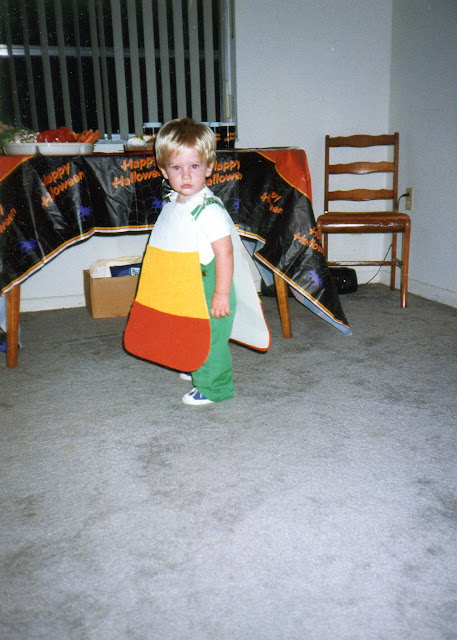 Even though we occasionally dressed him as food.
Yeah, he knows he's in the care of idiots. 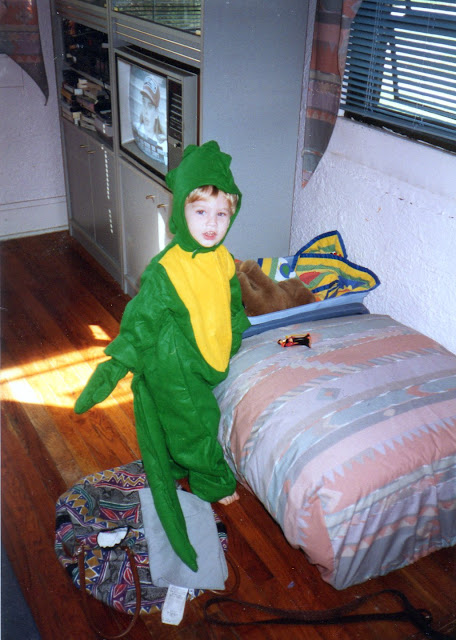 I was never good with fashion, but he blithely wore whatever I bought him for school. 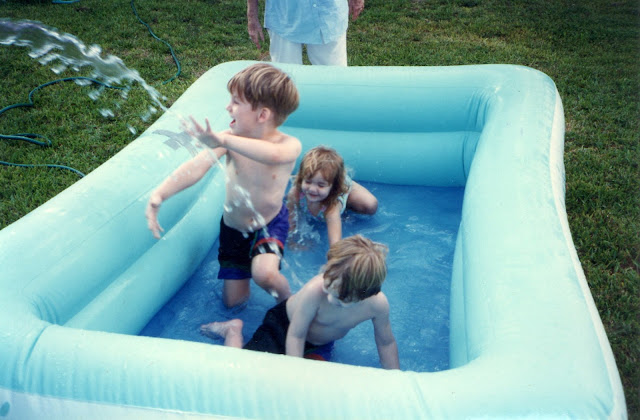 After a few years, we found out that hosing the children down
in the yard did not constitute a bath. 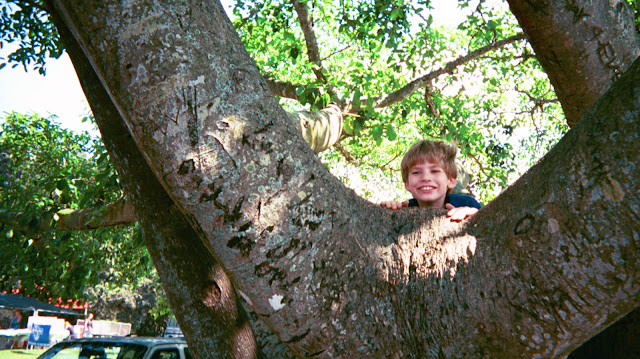 Although he quickly got used to sleeping in trees, we eventually
scraped together the money for a bed.
Recently, we moved it indoors. 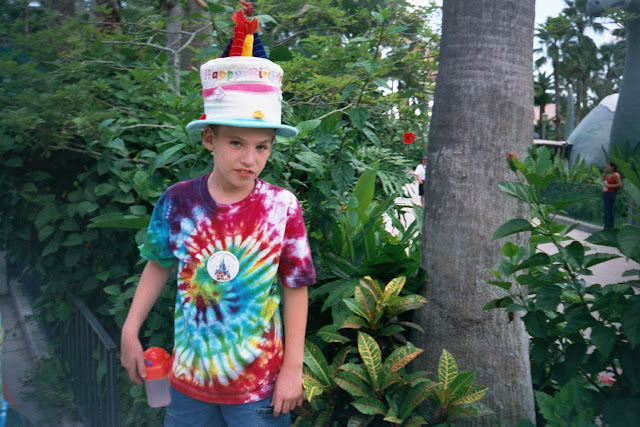 I was always frugal and saved on the price of plates
by serving food on the children's heads. 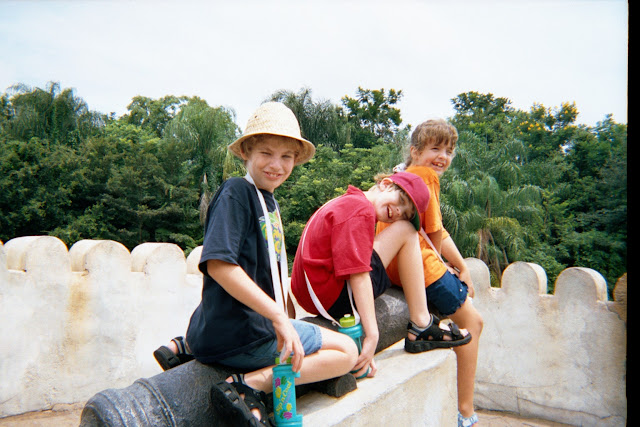 Shooting them out of a cannon is much faster than the school bus. 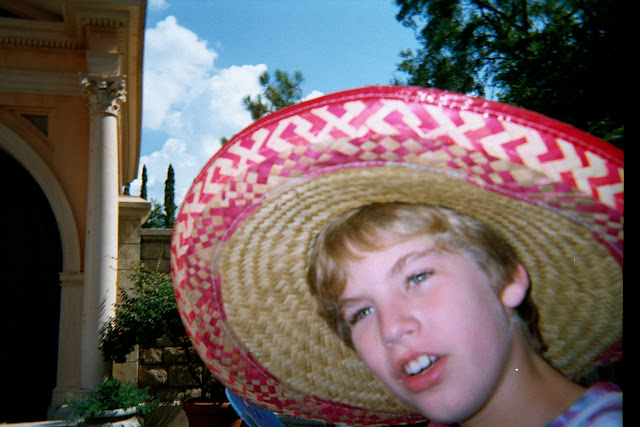 Sammy spent a brief portion of one summer as a Mexican exchange student.
They sent him back when his eating habits threw off the national economy. 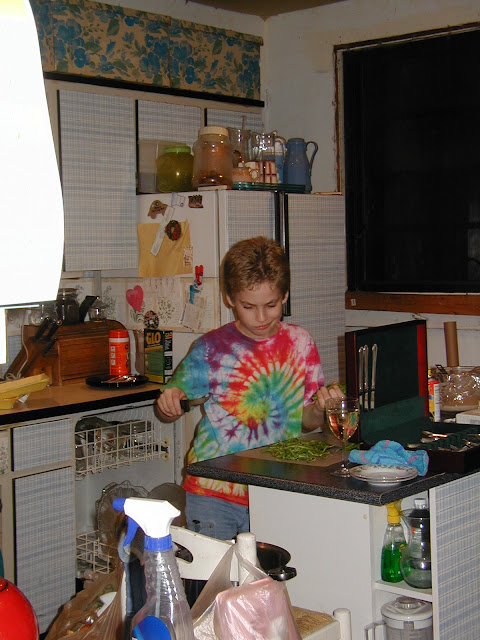 We encouraged him to play with sharp objects at a young age.
This allowed us to put together a handsome college fund due to our stock in Band-Aids. 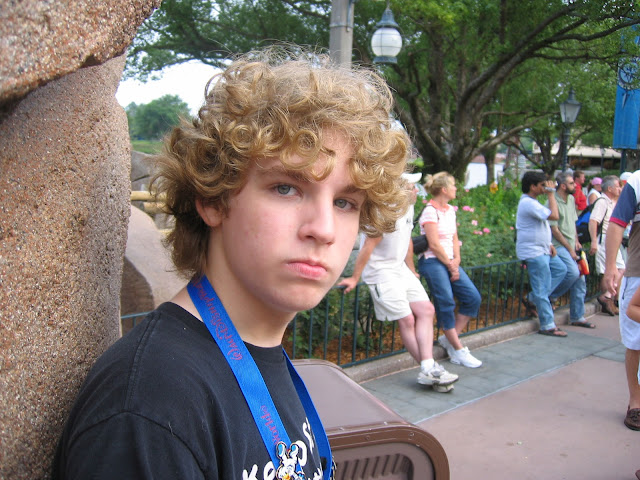 Sammy was always able to find Summer jobs as a Chia Pet. 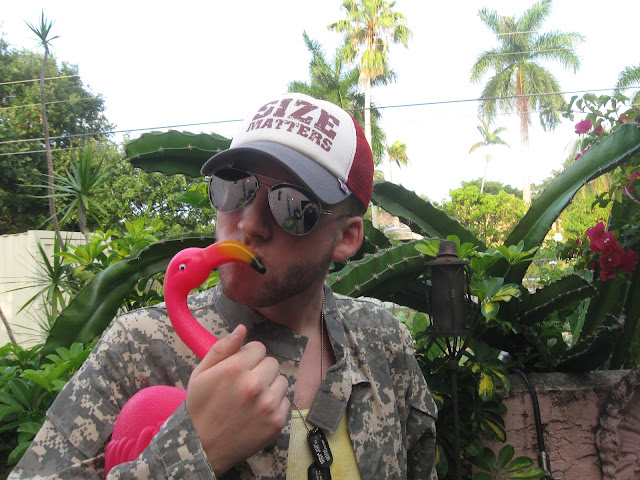 This model upbringing and our amazing parenting skills brought forth the
fine young man you see before you today. 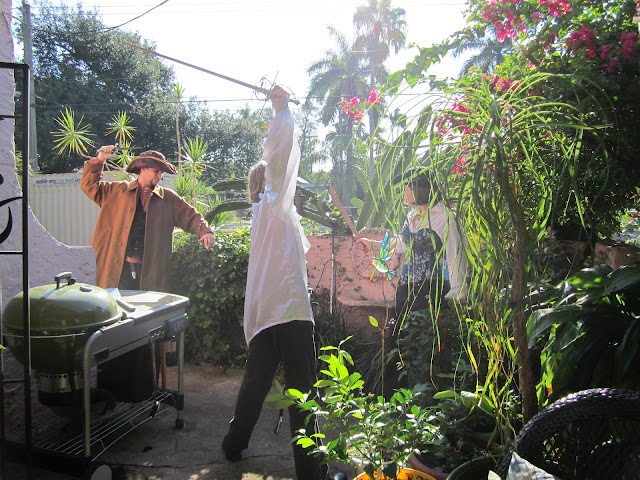 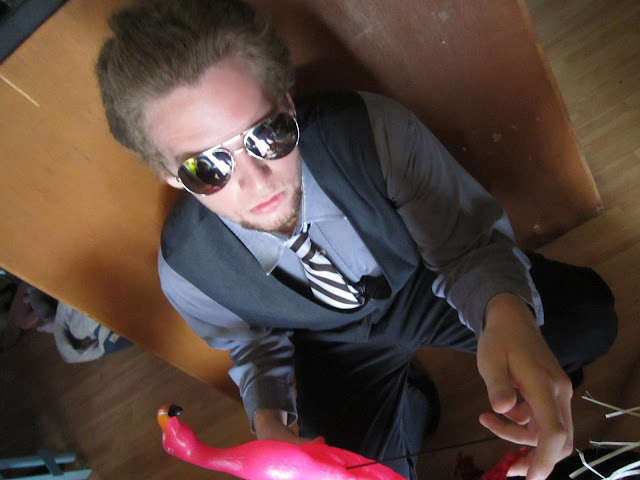 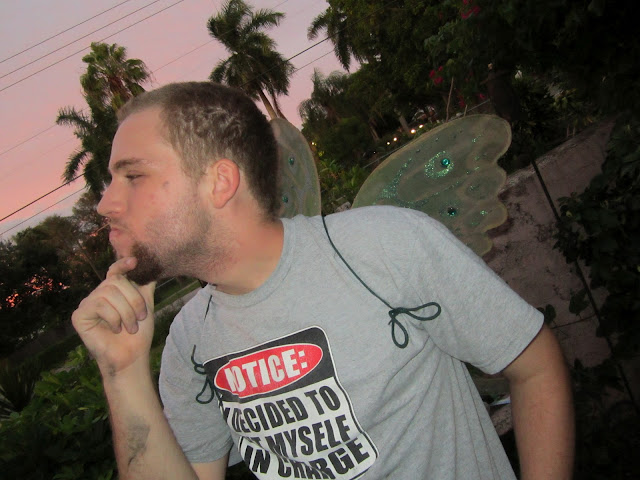 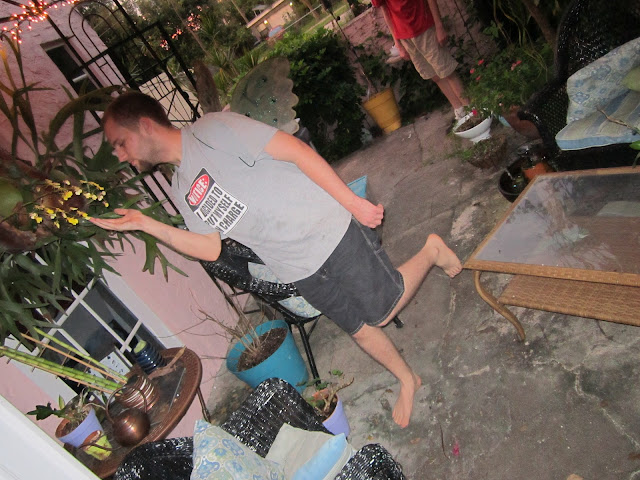 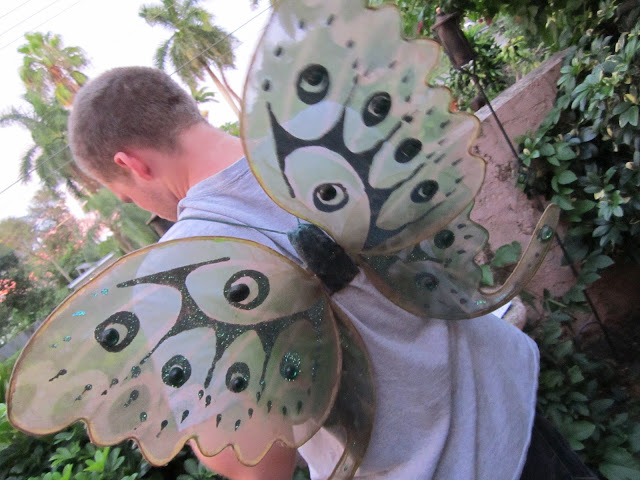 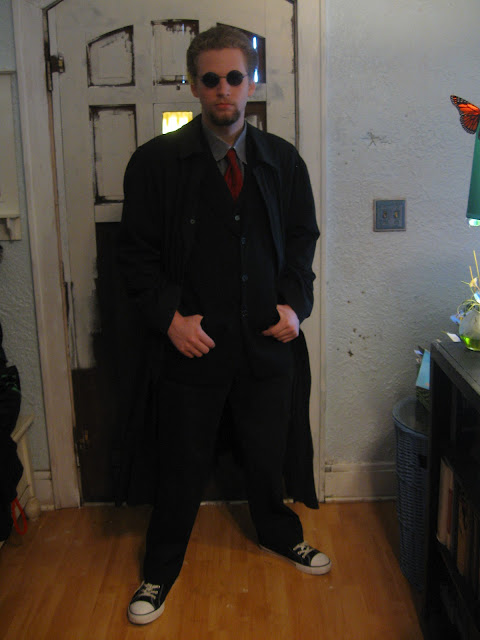 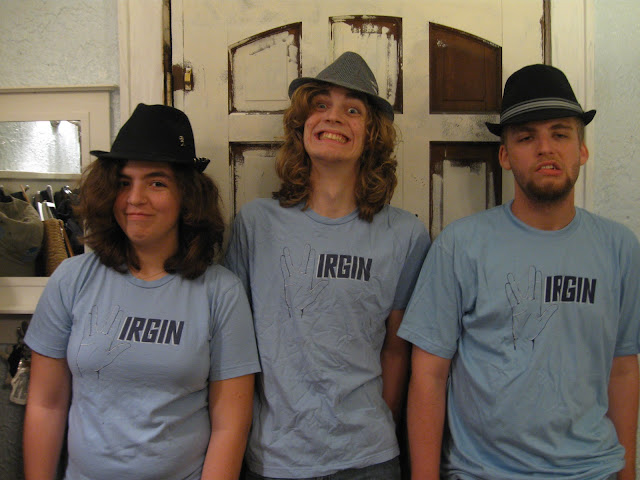 ...unafraid when it comes to the truth... 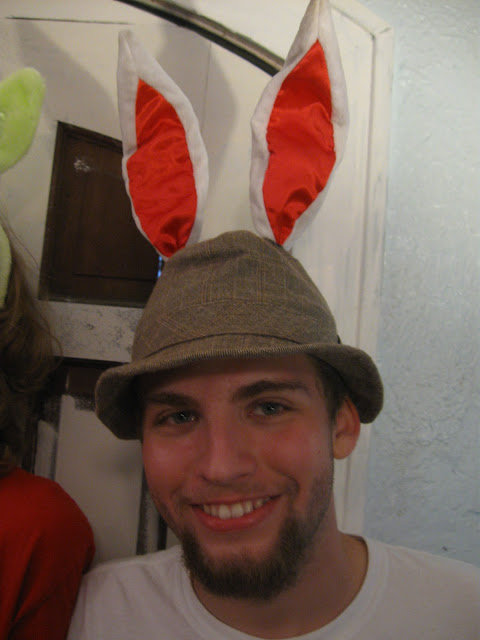 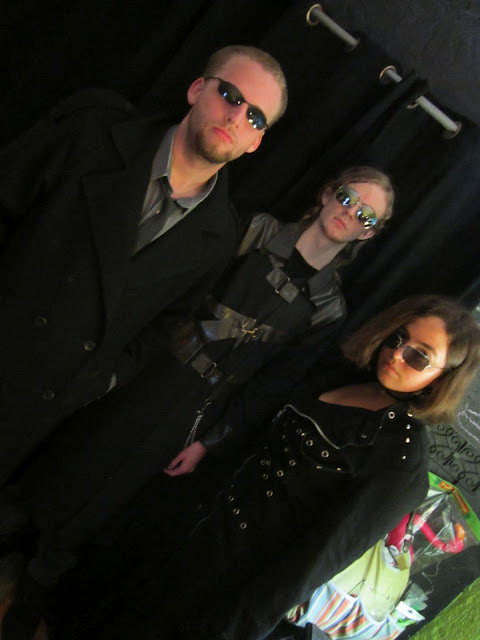 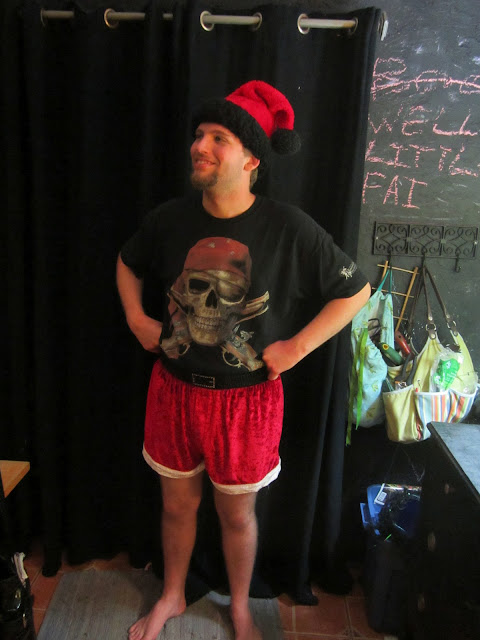 ...the finest man, brother, and son a mother could ever hope for. 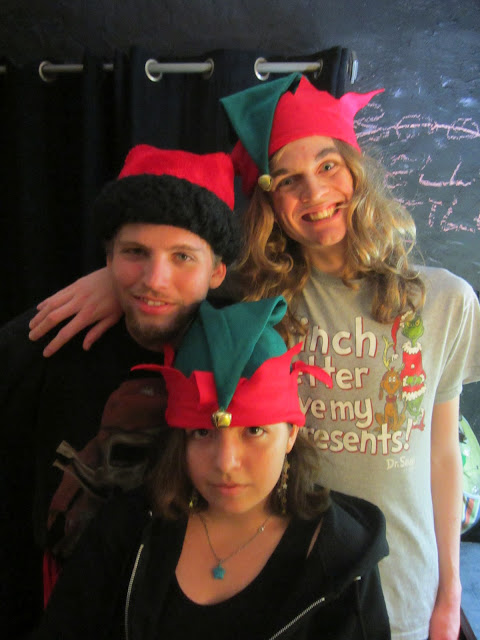 In spite of me, my son grew up to be the kind of man
any parent would marvel over.
I certainly do.

Happy b'day, Sam! From one of your many fans. Congratulations to the rest of the family for possessing such a treasure, his price above rubik's cubes.

Heres to hoping Sam has the hap hap happiest birthday a person could wish for!!!! May his day be full of unicorns and rainbows, gum drops and candy mountains, and of course CAKE!!!:) A magical birthday indeed.

Happy Birthday to Sam! Congratulations to you......he looks like he made it through his childhood with his sense of humor intact. I'm guessing you had a lot to do with that! You certainly had me crackin up here!

What a great way to say "Happy Birthday" to your son! Hope he has a wonderful day with such a loving family!!!

What a great post - y'all are truly an original, creative family!

Happy Birthday, Sam. May the next 21 years be as FABULOUS as the first 21!