I'm Coming Out of the Closet

Ha, made you look!
Today on Life in Rehab: A Blog Under Siege,
we're going to give the closets what all closets secretly long for:
GUTS.
I'm sorry, I'll stop screwing with the fonts now. 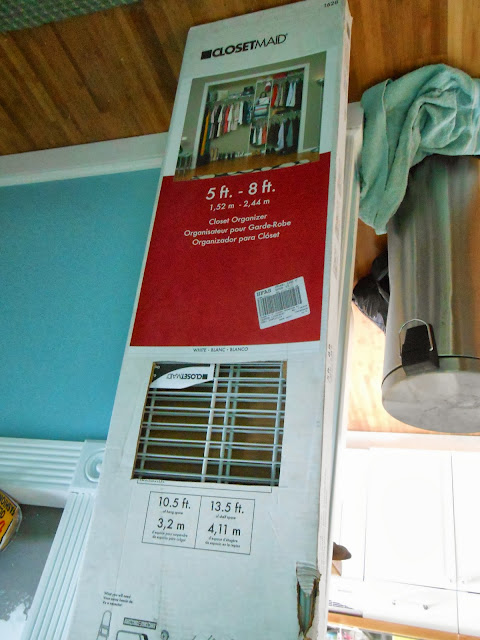 We decided to use these kits for the master bedroom
and the Florida room, which you weird people in Northern
climates like to call a den.
Why?
The usual reason:
they were stupid cheap.
Yes, the photo is upside down.
Yes, the box was upside down.
Yes, I'm that flippin' lazy. 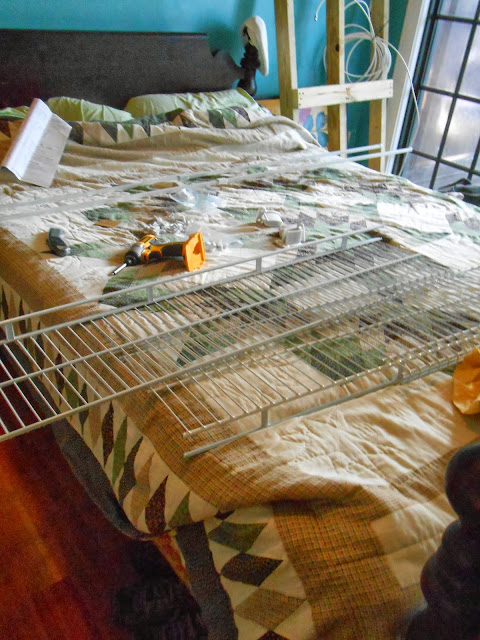 The first thing my intrepid partner in crime, Mark, did
was unpack and lay everything out. 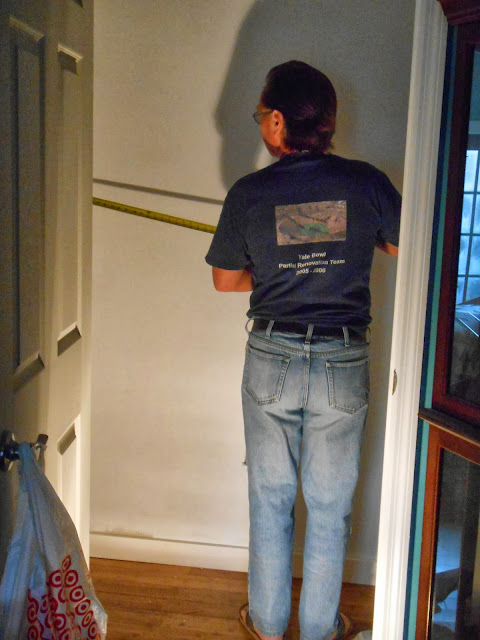 He then measured off the closet... 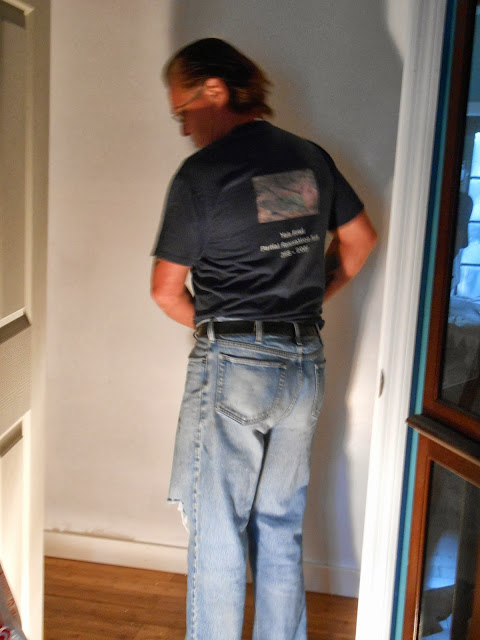 ...and drew level lines.
If he'd pose for a photo or two for blogging purposes,
it wouldn't look so much like he's peeing in a corner. 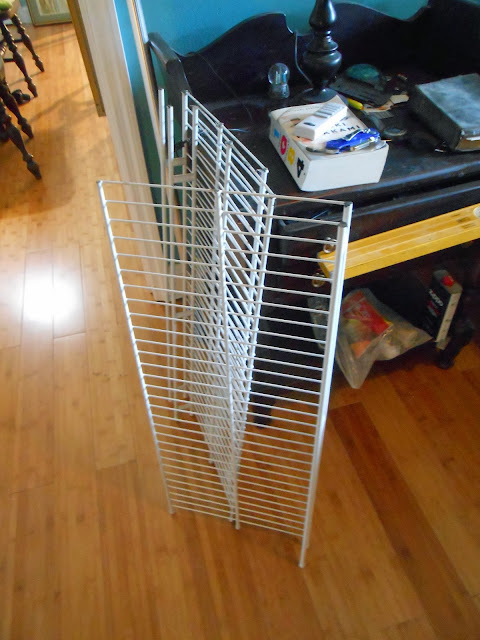 The shelving was then taken outside... 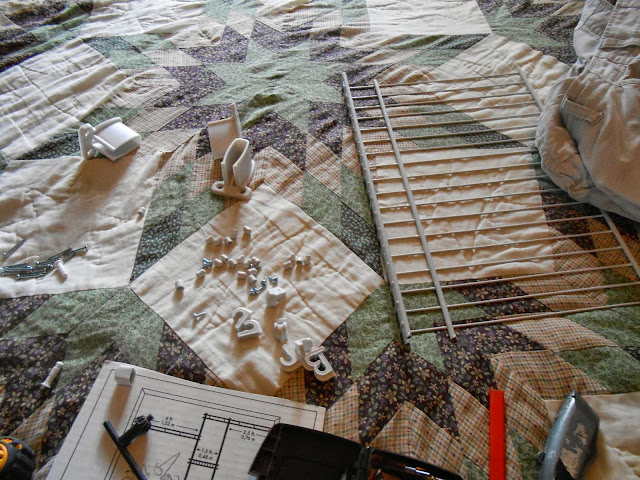 ...and cut to the lengths we'd decided on.
Here's where it gets fun. 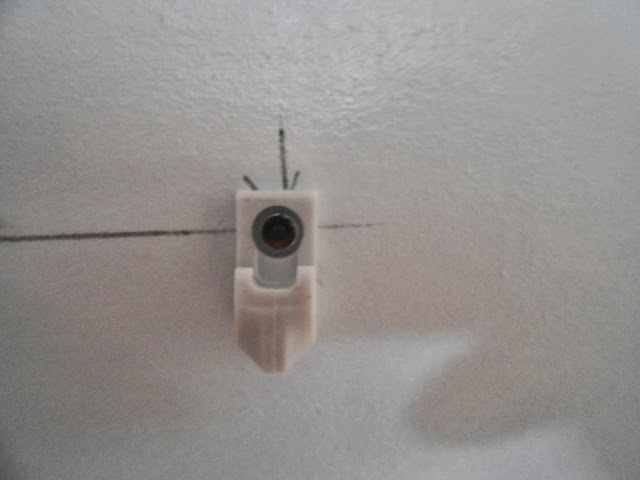 This is where it gets fun, Besties.
No fear.
Holes were drilled for supports either into the drywall
or into studs.
We know where the studs are because, you know, we put them there.
If there was no stud, an anchor was used, then the supports were screwed in. 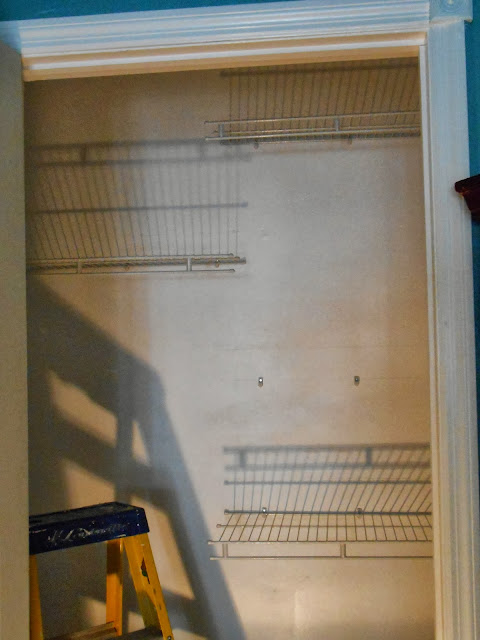 The shelves were snapped into them. 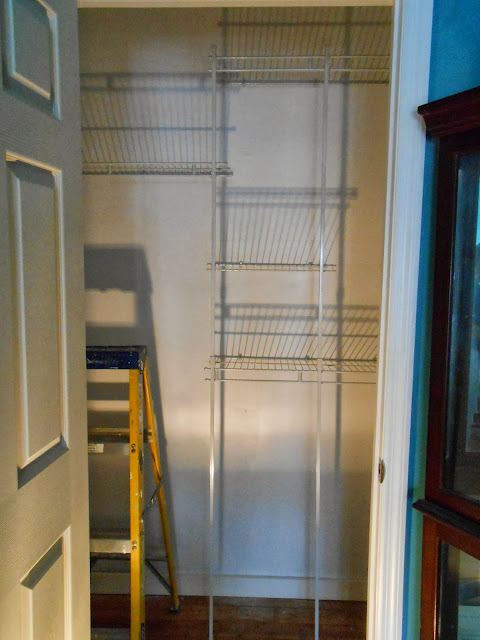 Front supports were added to stabilize and give the configuration strength. 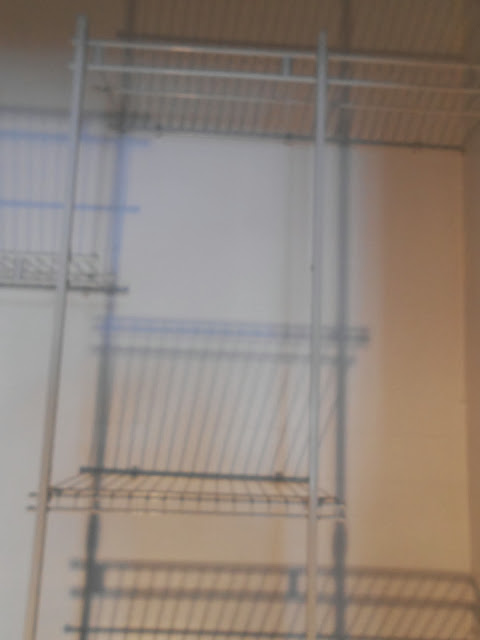 And we now have a closet with tons of storage.
Which is good, because my Mother's wardrobe tops the Kardashians.
No lie.
You know how Vannah White has never worn the same outfit twice?
Meet her doppelganger.
There are three closets in this house.
I'm praying that's enough
Posted by Life in Rehab at 2:46 PM