Late last July, Thom started on the upstairs bathroom remodel by taking a heat gun and scraping up the green faux marble peel and stick tiles with metallic gold accents. They were just stunning, let me tell you. And they had shifted with the years, we get bonus points for that. As he pried them up, he wondered aloud, "Why would anyone have put these down in the first place?"
The year was 1993. I was young and foolish. Don't judge me. 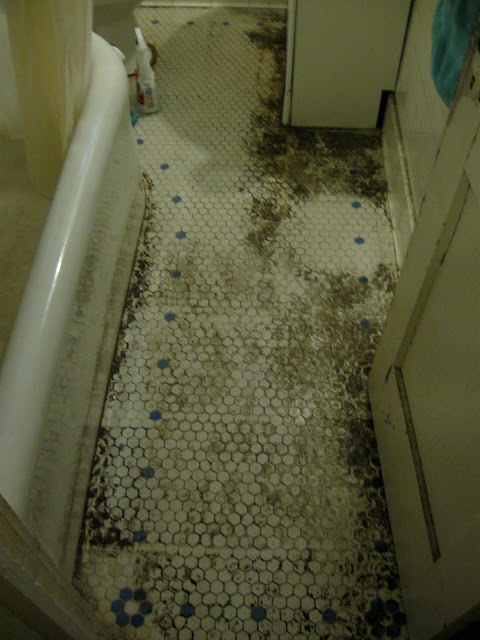 Now that we're getting back to the house's roots, I thought I'd take advantage of the nearly flawless hexagon tiles in white with blue accents. My colors, right? The nearly 20 year old adhesive wasn't budging though. We tried 2 bottles of the $18 solvent the guy at Home Depot recommended, and this is about as good as it got. 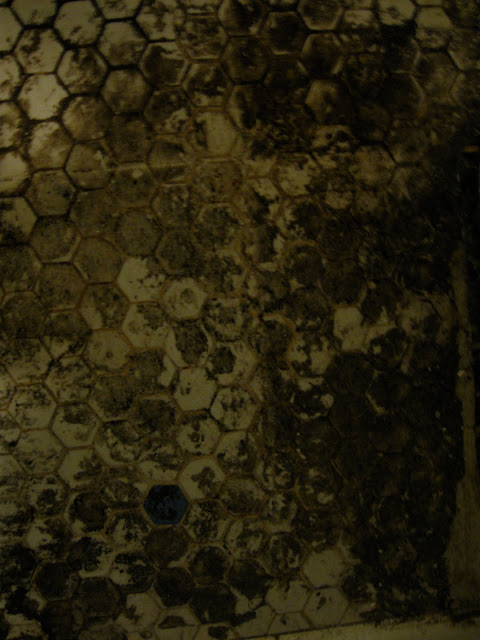 Well, then we got distracted by that silly lame "our house burnt down" thing, and the floor sat like this for a year. I was totally skeezed out every time I took a shower, but hey, I had walls to put up elsewhere, so this was back-burnered. 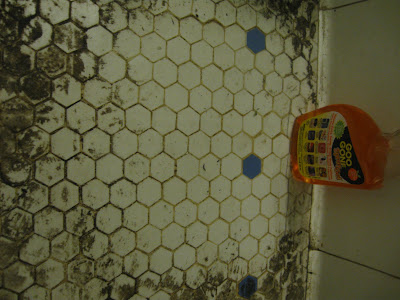 Savannah has been stretching her crafting muscle a lot lately, and part of making any piece over is starting with a clean surface. With that in mind, she grabbed three contenders to experiment with. First up was Goo Gone, sticky mess remover extraordinaire. 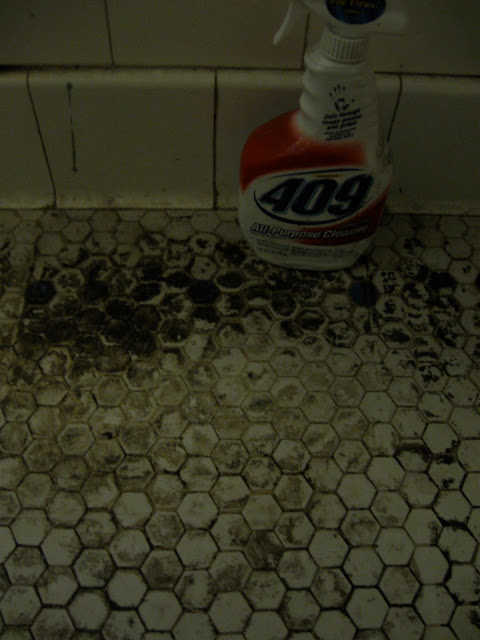 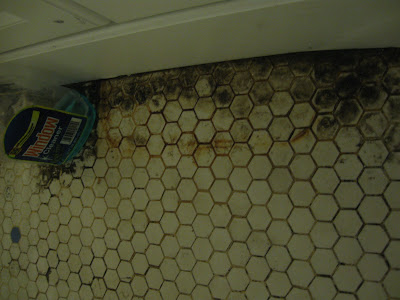 ...and she thought she'd give plain old window cleaner a shot. 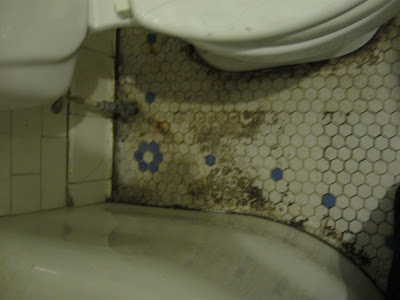 Some of this stuff was majorly tenacious. And yeah, those are original subway tiles. 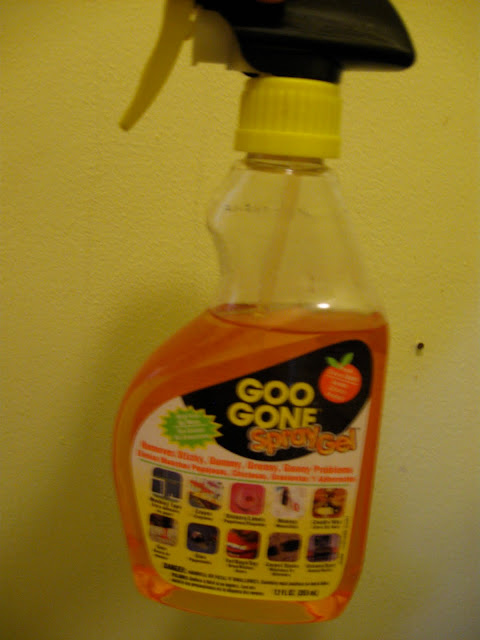 So which worked best? 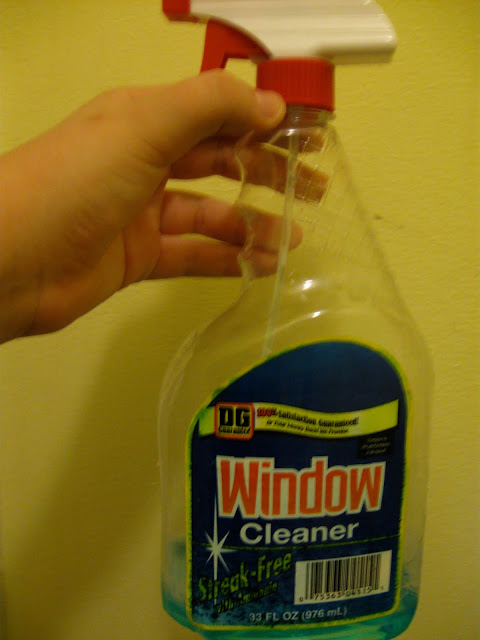 They each got 10 minutes to do their thing 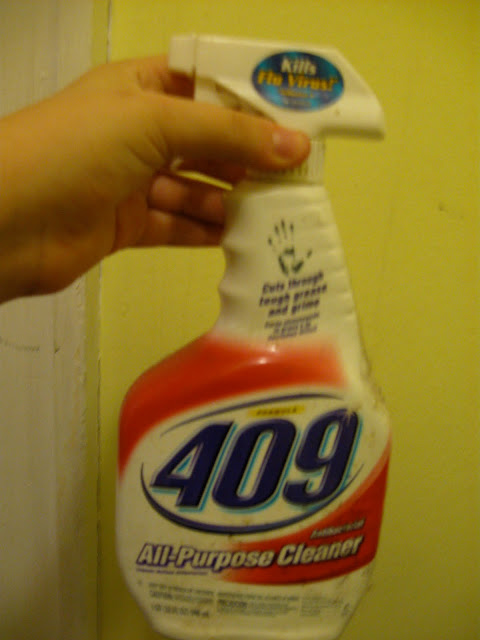 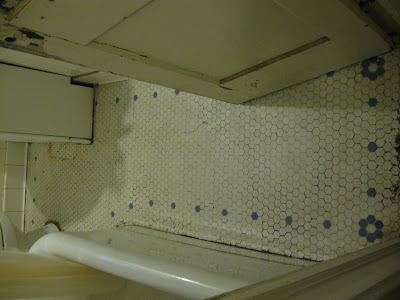 ...our winner was the $5 bottle of Goo Gone! I think a diluted bleach wash this weekend and we'll be ready to get started on restoring this bathroom.
Posted by Life in Rehab at 8:39 AM

What a treasure under there!! Can't wait to see what else you do in there!

Andrew swears by that stuff! What an improvement!

WOW, what awesome tiles under there! Can't wait to see the progress on this room!

Thank you ladies! It's a seriously tiny room, that shot of the clean floor really IS the whole room, but all the original touches give it a lot of character.

I LOVE goo gone! Seriously, that stuff works miracles. And I think you've just proved that. :)

Look at those marvelous tiles! Love them! Are you going to keep them? I hope so - they're gorgeous! The upside to keeping tiles around for awhile is that eventually they come back into style. :)

Can't wait to see what else you guys do in here!

I'm keeping everything, even the original medicine chest and door. I'm going to remove any broken wall tiles and replace them with new subway tiles. The big changes will be making a shower surround for the tub, which will require cement backer board and waterproofing, new tile treatments for that, a new faucet, and Lord that toilet has to go. Stay tuned!