We're THAT family.
The ones at the Renaissance Festival in full costume.
Yes, I own a corset.
Yes, I've worn fairy wings.
Yes, I made Sam and I matching medieval Scottish garb.
And it's a huge outing every year.
We actually attend two: The South Florida Renaissance Festival in February, and a smaller venue called Camelot Days in November where we do most of our shopping. We call it "The Discount Ren Fest" because everything is a lot less expensive. And this last year, there was a portrait artist who did great work for $10 per person! 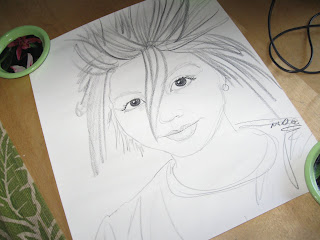 I had allowed the kids to wear whatever they wanted, so we got some interesting results with Savannah in a Manga wig... 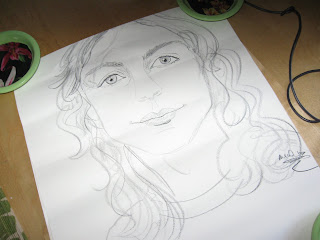 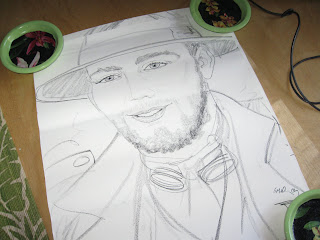 ...and Sammy full on steam punked out. 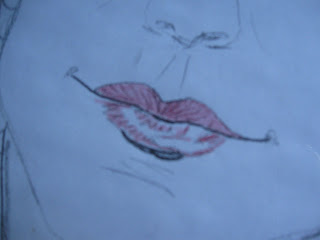 We made black and white copies of the portraits in various sizes and I went to work hand coloring them. 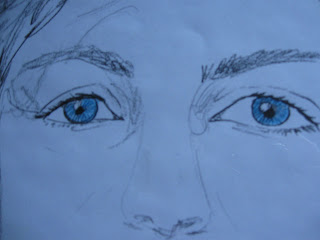 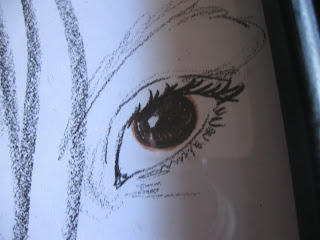 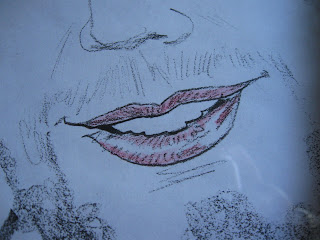 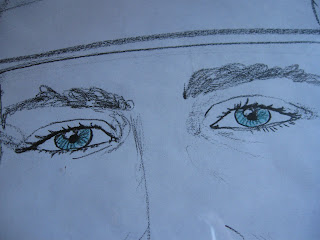 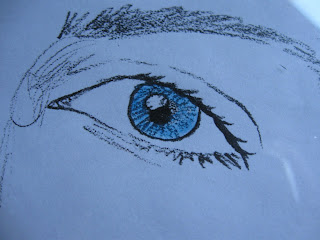 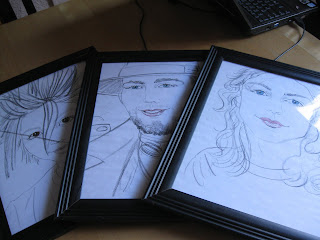 I then purchased inexpensive frames from Walmart and packed them up for shipping.
The phone calls we got were awesome.
We also did smaller sets for the aunts and uncles in a triple frame. These were simple, personal, and extremely well received.
Posted by Life in Rehab at 9:25 AM

OMG! I'm so jealous! I've only ever been to one RF when I was a much younger maiden. No one I was with would dress up (so of course I was too chicken to do it alone). Those portraits are fantastic and only $10 each, WOW. This is such a great gift. You are a cool mom! :)

How cool! I love the bits of color you added - it's such a fun, personal and totally unique gift, too! Those are my favorite kinds of gifts. And of course the cost was pretty sweet, too. Will you hang up the copies you kept in your own house?

Moriah, why thank you! And if you're ever in SoFlo in February, let me know...I have a spare corset!

Chelsea, I appreciate the compliment from an artist! Yes, those are going right over the french doors in the dining room. I loved how they turned out.

This is such a good idea - I'll have to keep my eyes open for a cheap portrait artist!