Everything You Ever Wanted to Know About Hard Core Remodeling but Were Afraid to Ask Part 40!

I'd like to take you on a scary trip down memory lane to a little place I like to call... 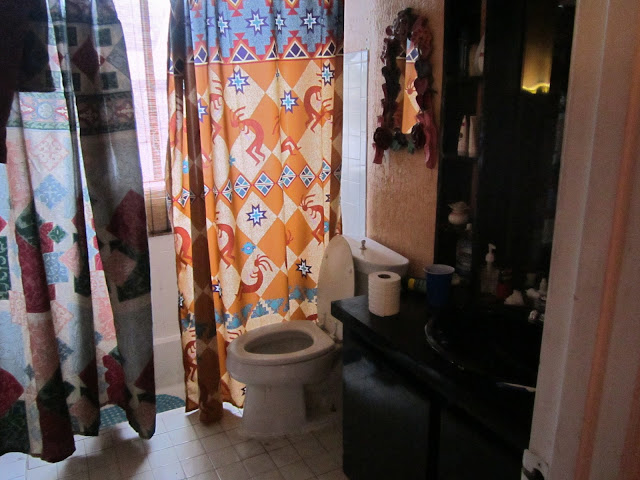 ...The Master Bathroom Before Shots. 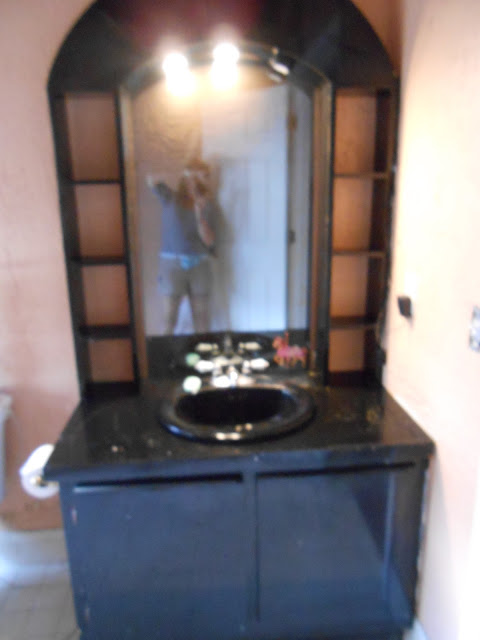 Cue the scary font.
Everything You Ever Wanted to Know About Hard Core Remodeling but Were Afraid to Ask!
is shocked to present the ugliest bathroom in history.
Isn't that vanity a dream?
Like a Nightmare on Elm Street caliber dream?
Those couple of lights were the only ones in the whole room. 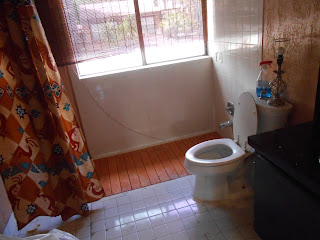 There were three kinds of tile on the floor, and I don't mean in a pattern.
I mean just randomly...there. 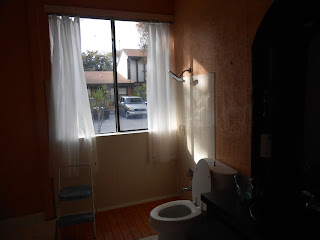 The walls were a wonderfully textured mess of adobe orange,
and the windows were sealed with...well...grout. 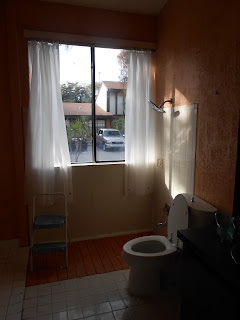 We built a drop in deck in the bizarre sunken shower,
but this was at best temporary. 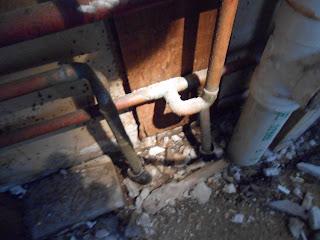 As you now know, destruction ensued. 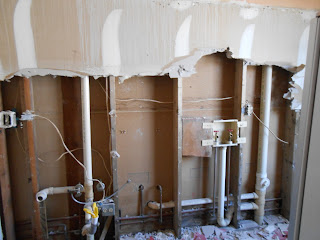 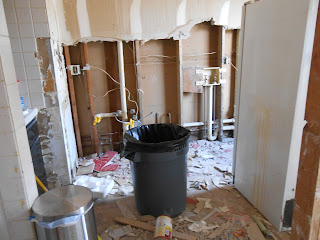 But ripping it up means the good stuff comes next, right? 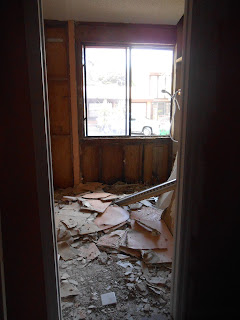 So this little-shown room started getting some love. 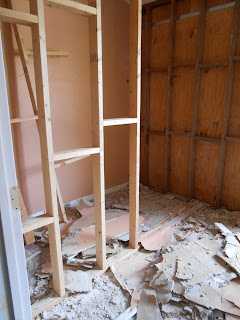 We removed the strangely useless half wall that separated the bathroom from the closet.
Can you imagine keeping your clothes next to the toilet? 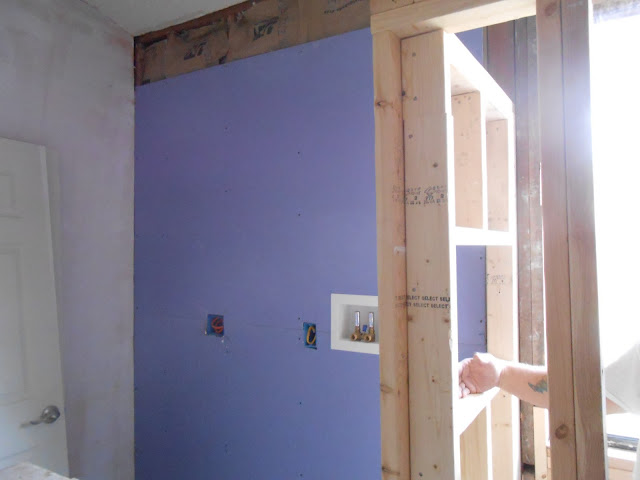 And we built a a laundry room, plus a smaller closet. 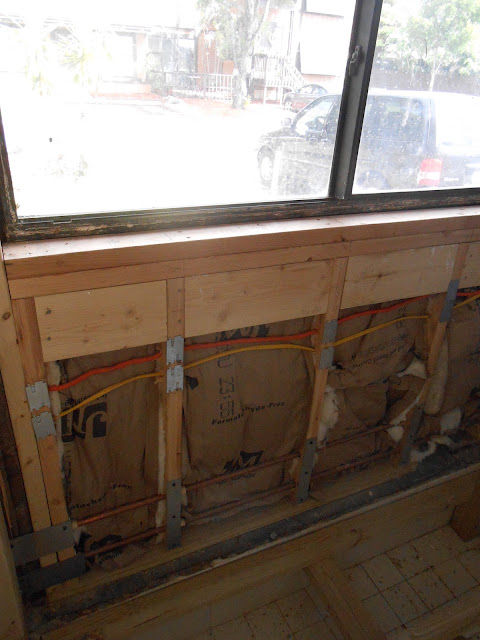 This 2x6 will support a rail for the disabled owner's safety in the shower.
Oh, and the shower...? 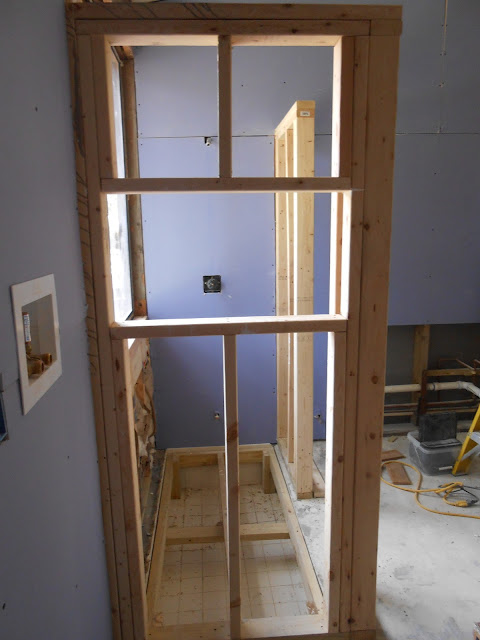 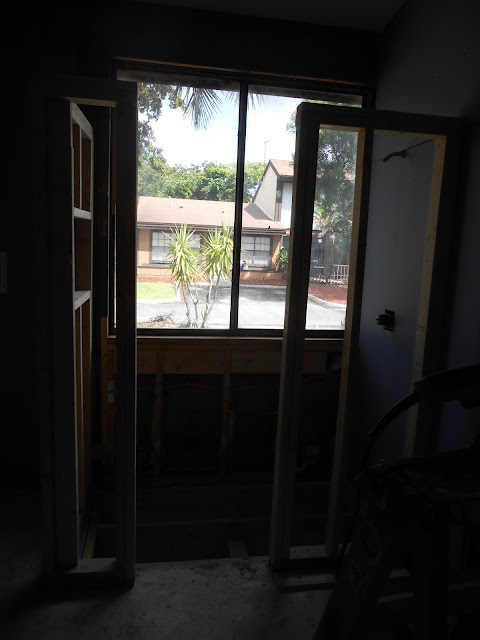 Refer to the framing tutorial in this series.
Mark designed and built a nice, safe area she can roll into. 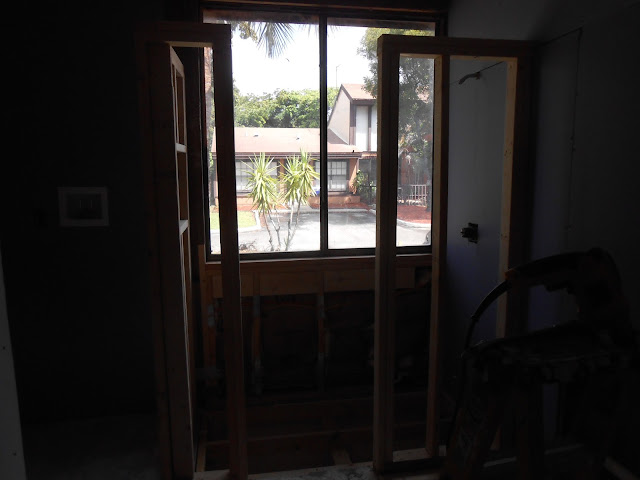 It's going to include a built in seat as well. 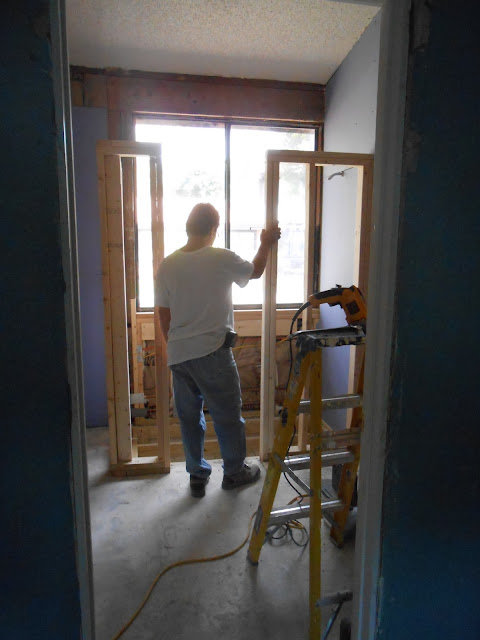 Ready to get this party into high gear?
We are too.
It's time we started making this look like a finished product.