Everything You Ever Wanted to Know About Hard Core Remodeling but Were Afraid to Ask Part 3!

The next thing we need to do is make a beam to hold the loft aloft.
An unaloft loft is a loss.
Does this mean you're going to learn a new trick?
Of course, because this is
Everything You Ever Wanted to Know About Hard Core Remodeling but Were Afraid to Ask!
Today, we're going to learn the magic of ...
...drum roll please...
SCABBING!
Hey, it's a thing, I swear. 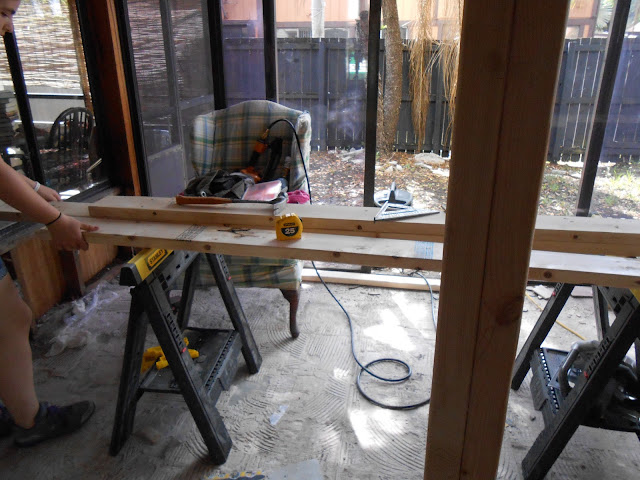 Yesterday, we built a temporary wall to shore up our falling loft
so we don't get squished like bugs during repairs.
Eventually, the afore mentioned repairs have to begin. 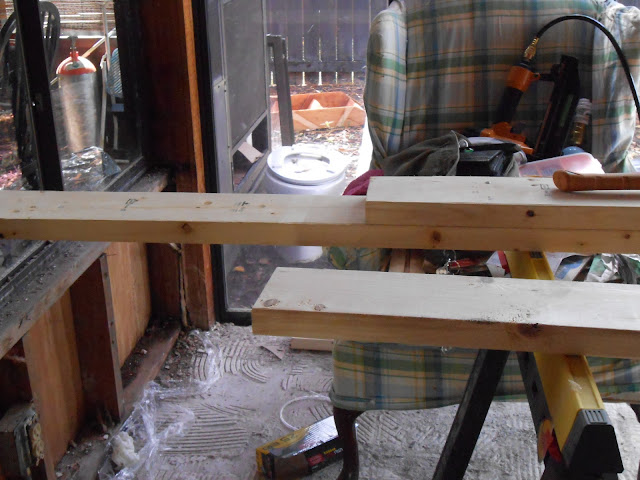 We need a beam 147", and we'll be using three 2x6 pieces of lumber that are 10 feet long.
Yep, 122".
Since that's not long enough, we're going to use a technique that
will actually make the resulting pieced beam stronger. 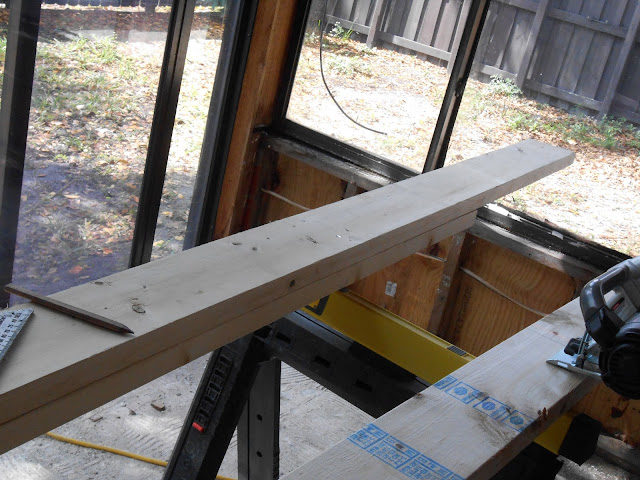 First, we'll take two of the boards and lay one on top of the other.
Slide the top board until the total length of both boards together
measures 147".
Nail the two together using pairs of long nails every 12 inches or so.
Notice there's an overhang at each end. 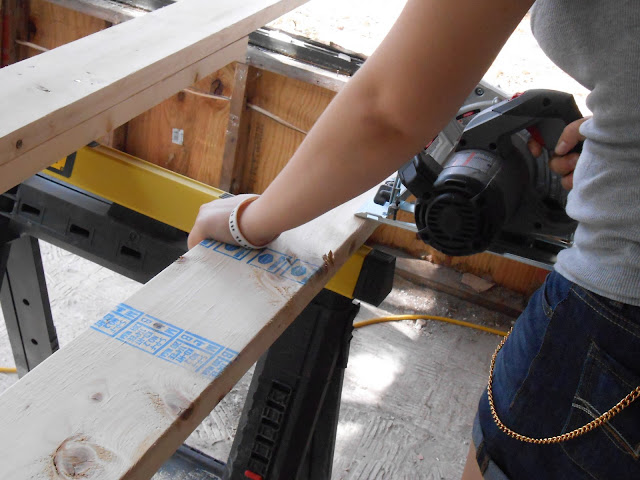 Using another piece of 2x6, cut two lengths of board 25" long
using our tutorial on making accurate cuts. 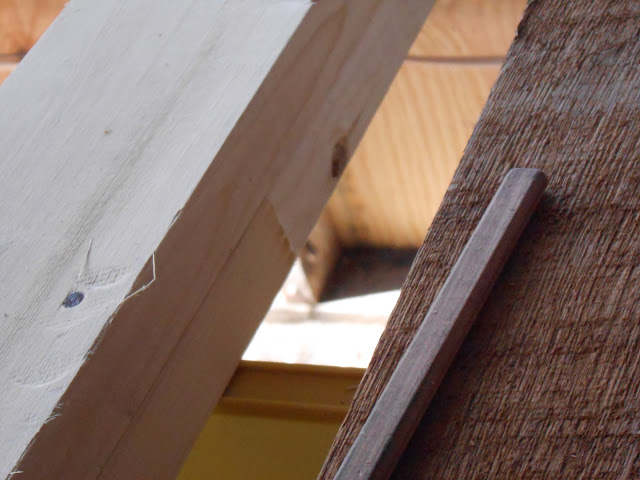 Fit the new lengths into the overhangs and nail them into place
with pairs of nails.
Fitting wood in to fill the space is known as scabbing.
You, my Bestie, have scabbed. 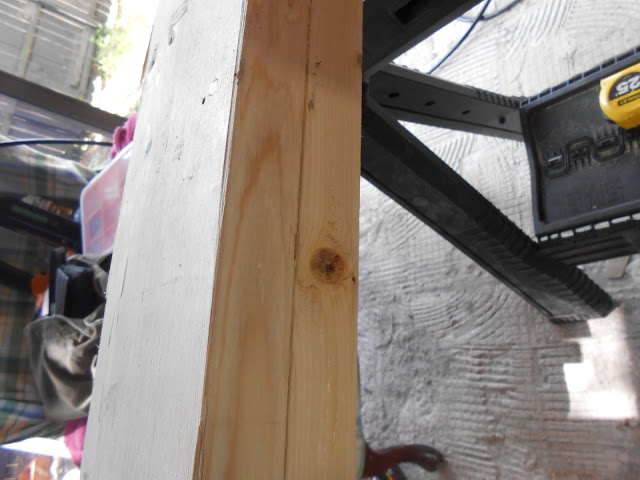 You now have a very strong, solid support beam that will hold up a floor! 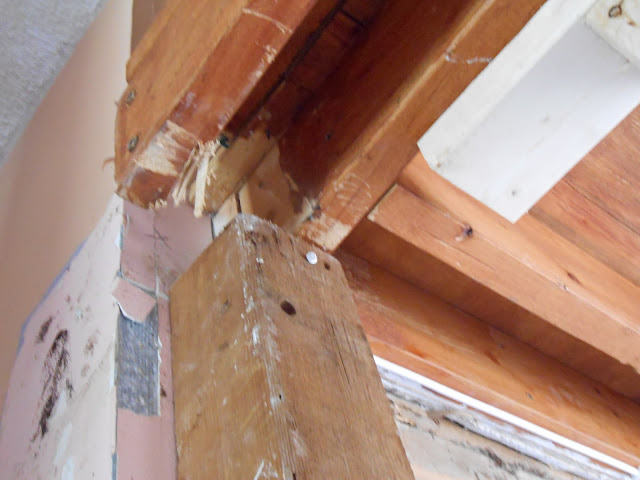 We have also moved the support column over so it's actually UNDER something.
I hear that's helpfully in keeping a floor UP. 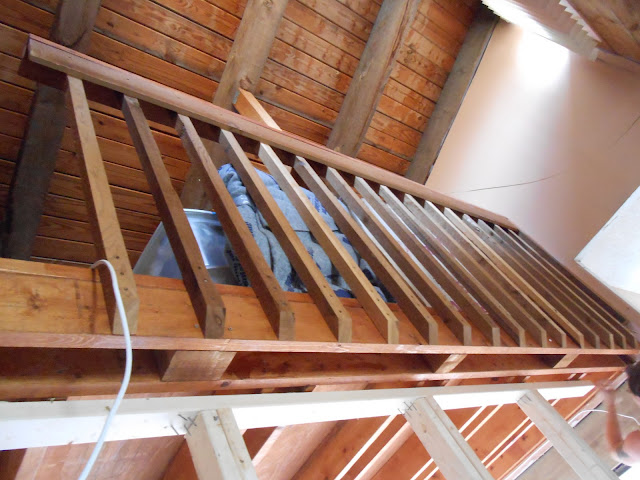 Remove the completely useless space blocks someone added to the bean channel
in what I imagined was a drunken haze. 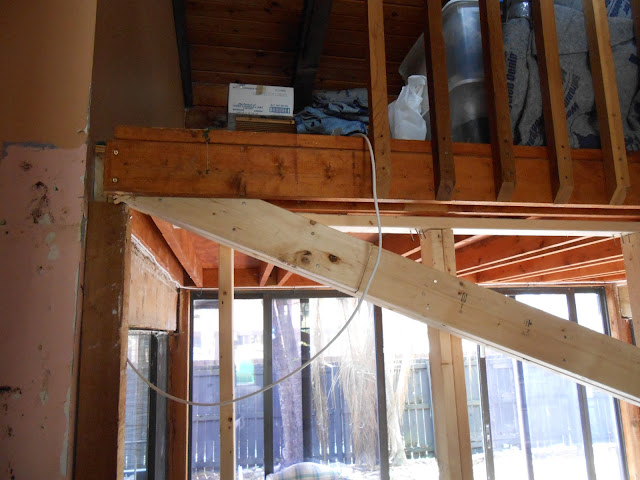 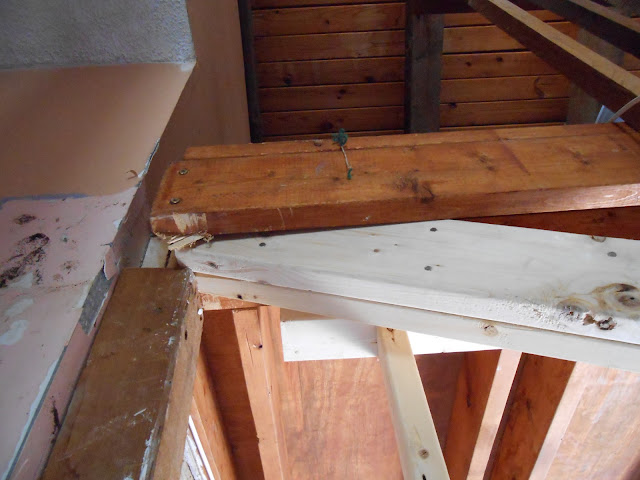 Note that it's going on top of the column.
Seeya, gravity. 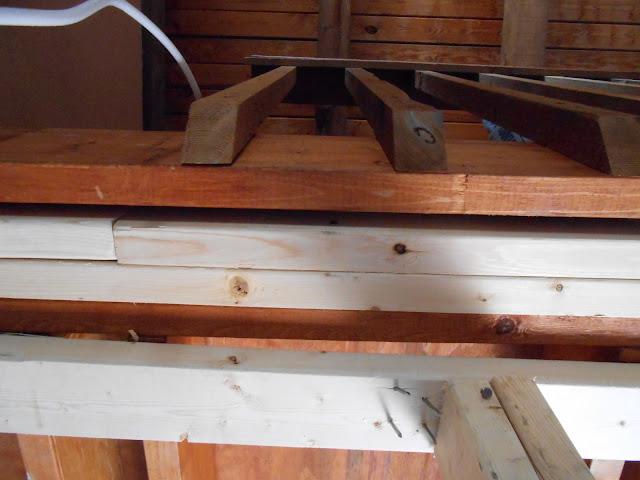 Once you have it up there, screw it into place from the back. 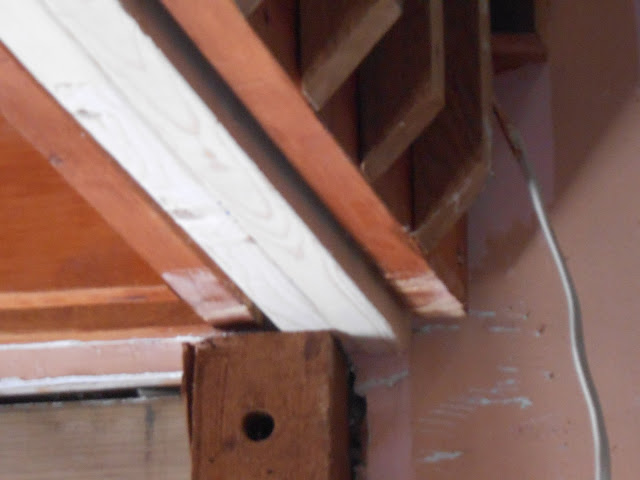 We're going to wrap this later when we do the decorative work,
and it will look like a typical Coastal Carolina column. 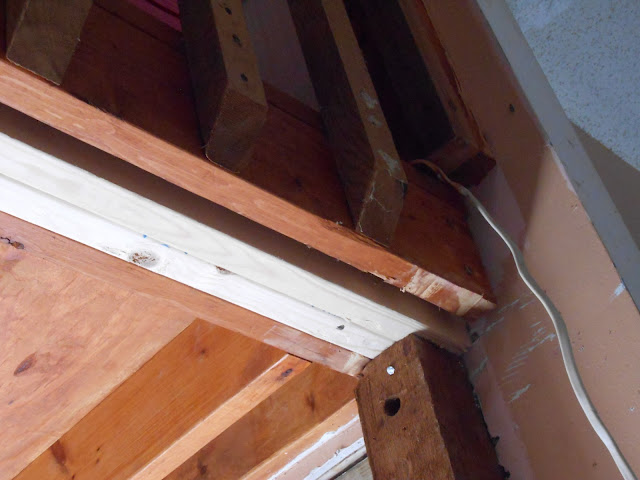 Come back tomorrow and we'll show you how to do a simple project
that will save you money even if you're having a pro in to
do the work!
Posted by Life in Rehab at 7:40 AM