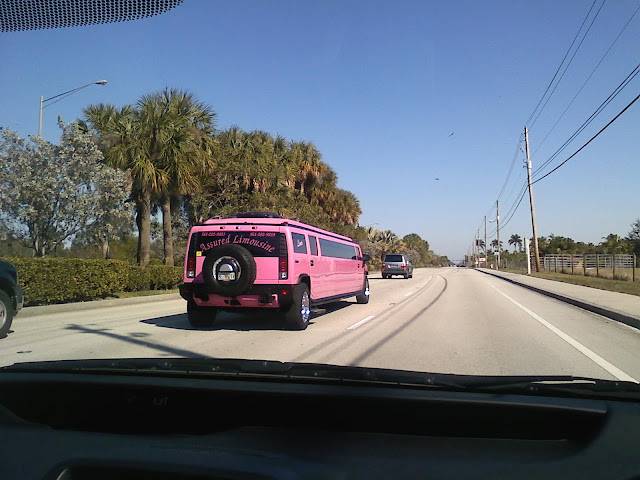 
A showy but useless or worthless object; a gewgaw.
adjective: 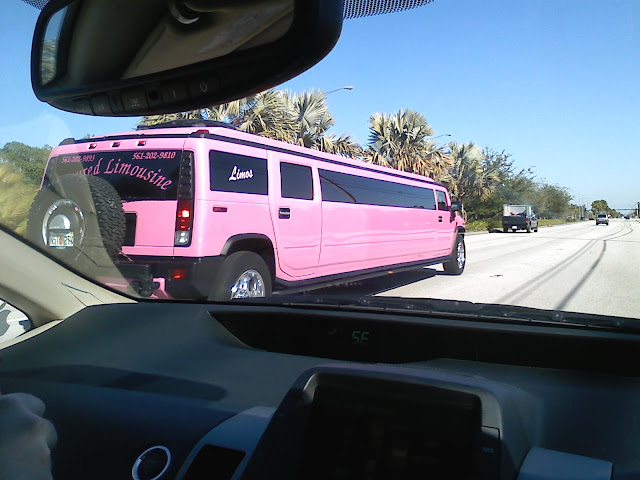 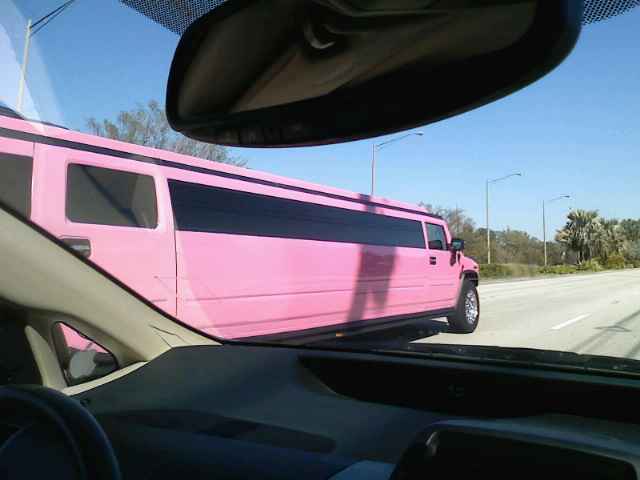 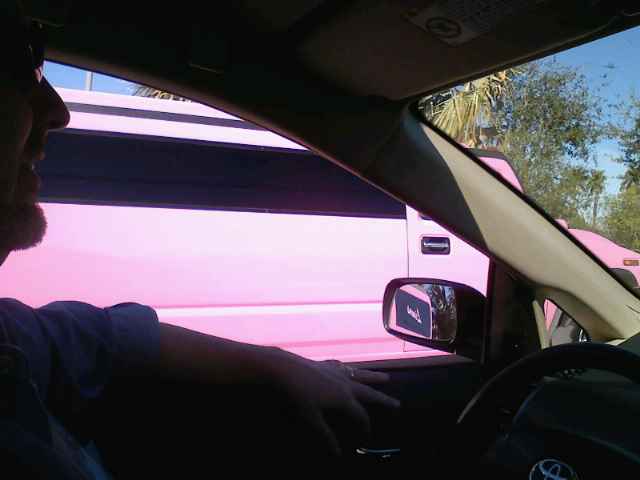 What's this all about?

Check it out! I'm on the New York Times site About.com! Look down the page to

Budget Decorating Blog of the Week: Life in Rehab!

They actually LIKED me!

Okay, when you're done laughing, I'll get on with the post. 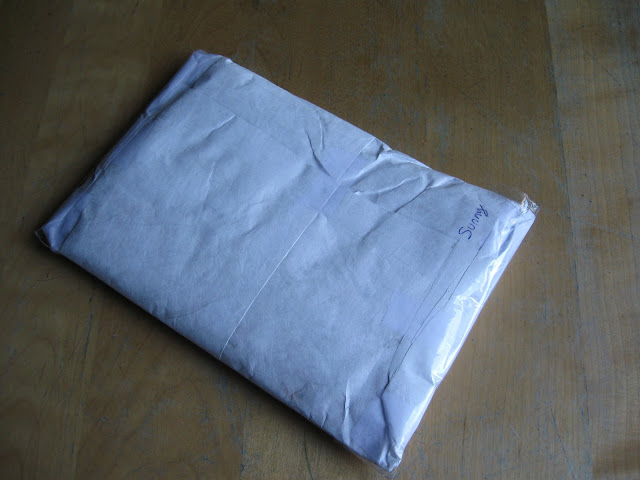 In the meantime, this was yesterday's mail... 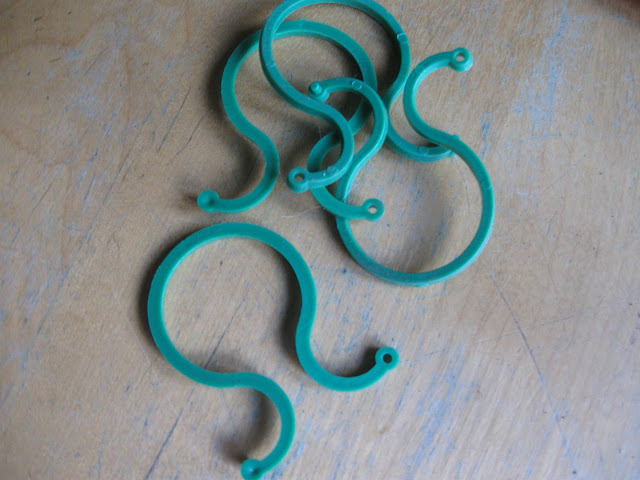 Michelle from Mich L in LA makes jewelry. Cool jewelry. From some of the weirdest stuff you've ever seen.
Like these things.
And then we play the
"Guess the Mystery Thing and Win Because It's Swoopy and Interesting and You Want It But Also Because Darn It You've Had a Rough Couple of Weeks What With the Usual Stress and Valentine's Day and All that Other Crap That Went Down Therefore You Deserve Something Nice And Since Mich Has Finally Given Up and Knows She Can't Stump You Someone Is Going To Win and It Might As Well Be You."
I had no idea what they were, so I guessed hemorrhoid cream applicators, which was good for the weirdest guess prize 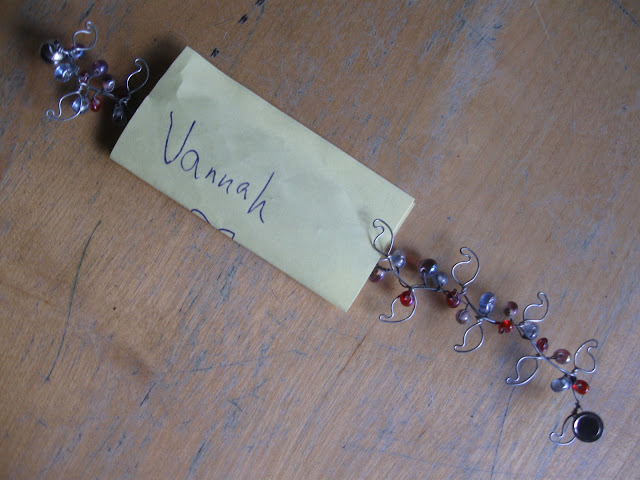 She sent not only MY prize, but some of the plant clips AND this sweet little gift for Savannah! 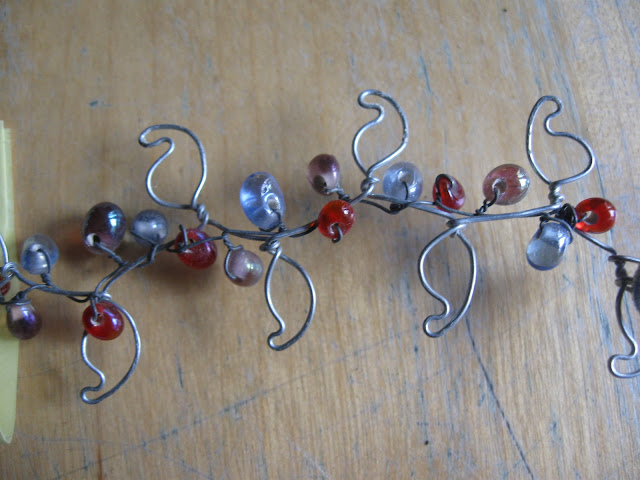 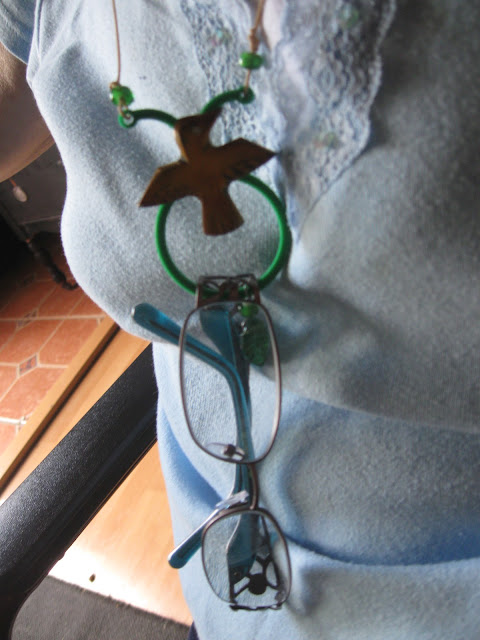 I chose an eyeglass holder for my mother. Is that cool or what? 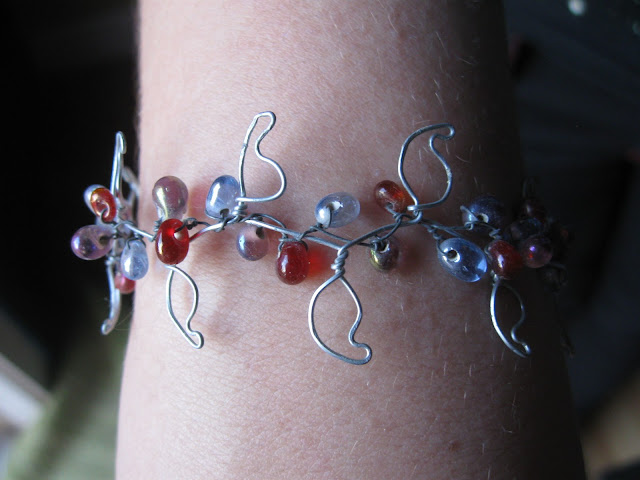 Pop over there for a visit. Her latest project is too wild.
Posted by Life in Rehab at 7:35 AM

Labels: Other People Made It, Personal Ramblings

Oh, Mich is sooo generous! I love that gal, I am still proudly sporting the wild things she sent my way! <3
Those limousines are a common sight over here, often they are hired for hen nights and then stuffed with women wearing silly pink outfits celebrating "the last night of freedom" of one in their group. I've never even parked my behind in one of them, and I have no intention to.
What, only the New York Times? Is that all? C'mon, you can do better! (writing this after recovering from falling off my chair) That's some SERIOUS coolness, Sunny, SERIOUS coolness. Whoa!!

The limo is hilarious!!!! Congratulations on the NY Times..fancy!

Oh my goodness!! Excitement!!! That is so cool! Congrads!!! We should be riding around in that limo celebrating with some refreshments!!! :)

Wheeee! You're on About.com! That's kinda big, Sunny, congrats! I totally see you taking a stretch Hummer to the thrift store, just for a cackle.

Thank you so much for the write-up, talk about generous! You are the grooviest. And I'm so happy your mom and daughter are enjoying the loot. The moral of this story: hemorrhoid cream is good for so MANY things.

Congrats on the About.com Sunny! That's awesome! AND on winning from Mich L in LA! I love her contests. The green thingies truly had me stumped! Woman - you make my day! That pink weirdo limo alone had me smilin!
Thanks and Happy Friday!

Super cool recognition, Sunny. I can say that I know a famous person!! Cheers!

Congrats on the recognition! You got some really cool gifts too...
How can they afford to put gas in that pink monstrosity??????

Wow that is so nice!!! Love the bracelet :) Hemmeroid (spelling? yeah forget it... ) cream applicator? LOL where on earth did you find that hahahaha

It's so awesome that the hummer pictures were taken from a Prius! :)