Everything You Ever Wanted to Know About Hard Core Remodeling but Were Afraid to Ask Part 19! 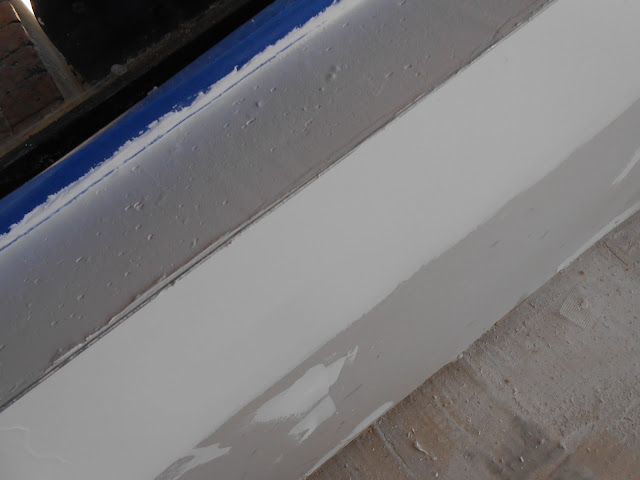 Okay, we have drywall up on huge expanses, and all the mudding is done.
Time to paint!
But what do you do about the ridges and rough spots that are bound to happen?
We're glad you asked, because we have the answer at
Everything You Ever Wanted to Know About Hard Core Remodeling but Were Afraid to Ask!
the most boring series on the internet!
But it's what I'm doing 7 days a week, so deal with it! 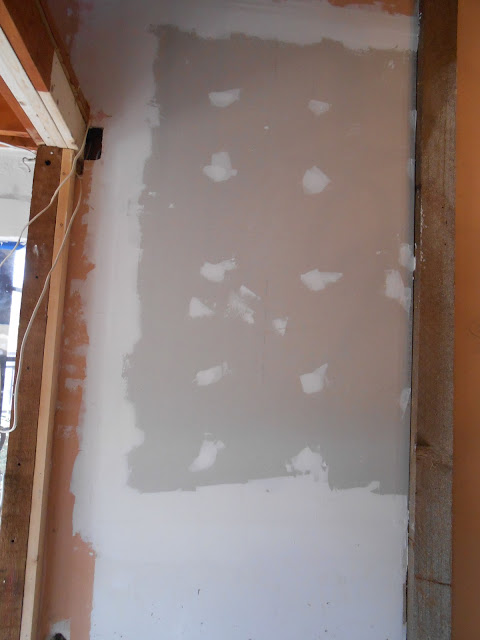 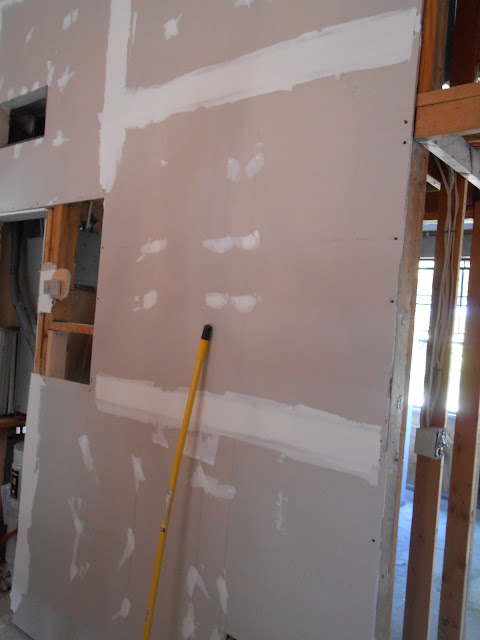 Before anything goes on this wall, some stuff has to come off.
Regular sandpaper could be used, but our Tool of the Day
makes short work of it. This bad boy is a drywall sander.
The screen in front is the sanding medium. 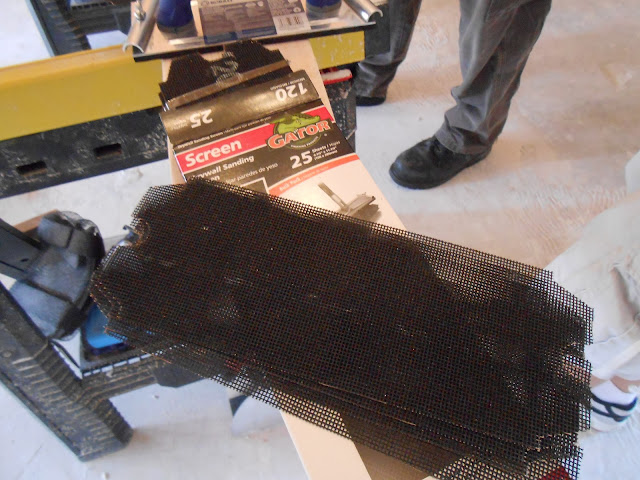 This raspy stuff takes those ridges down to nada. 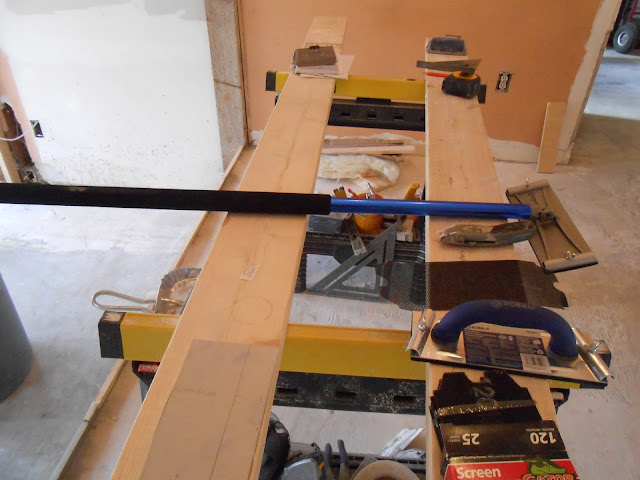 And since you can put it on an extension pole, there's no ladder involved. 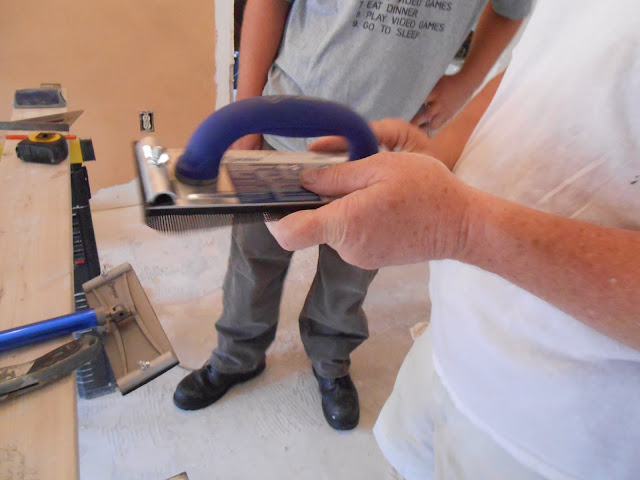 Simply screw the screen into on end and fold it under. 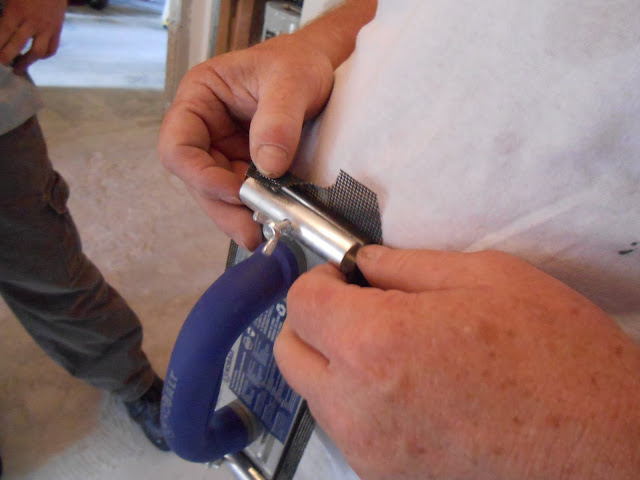 Screw the other end into the opposite side. 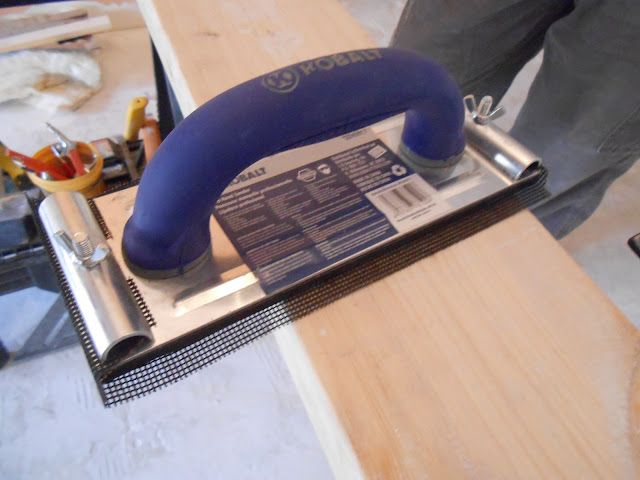 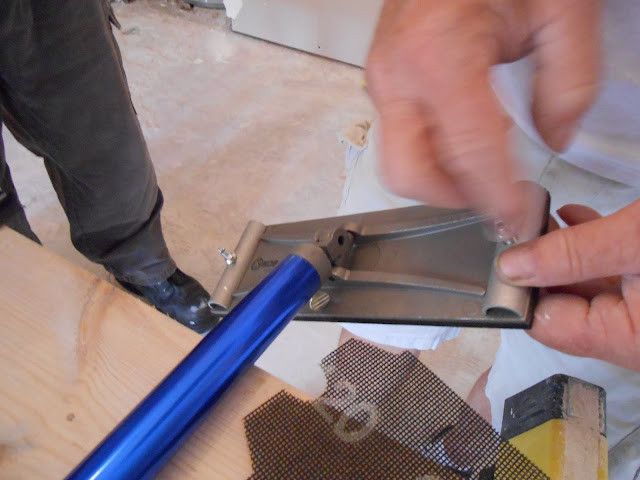 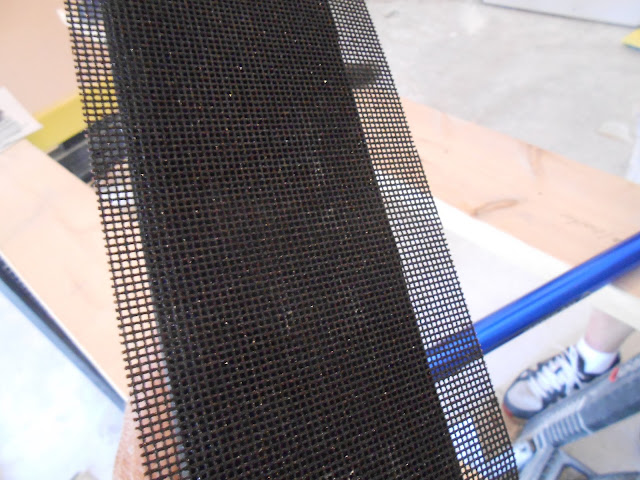 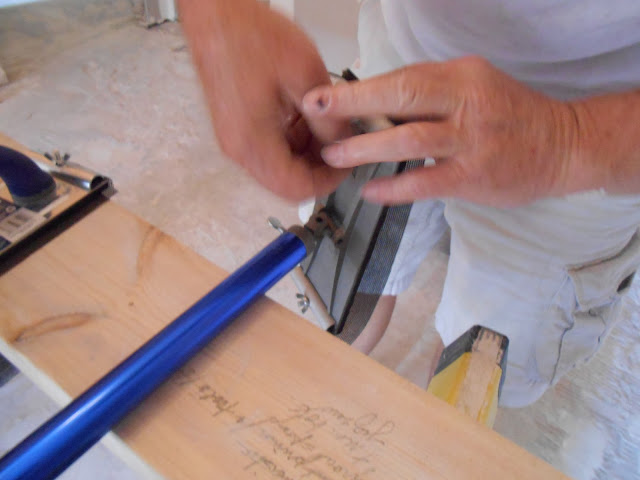 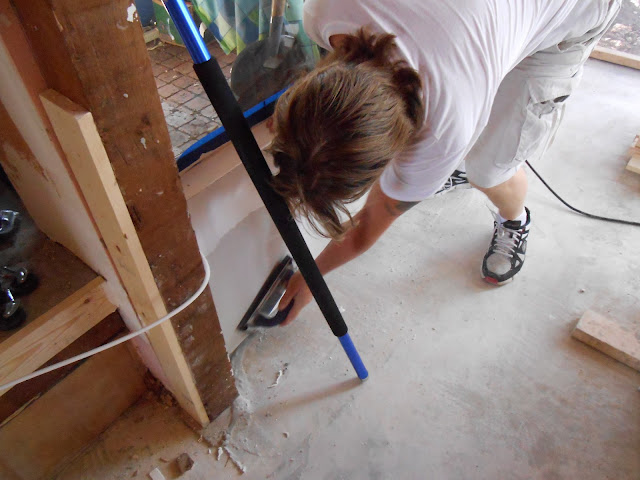 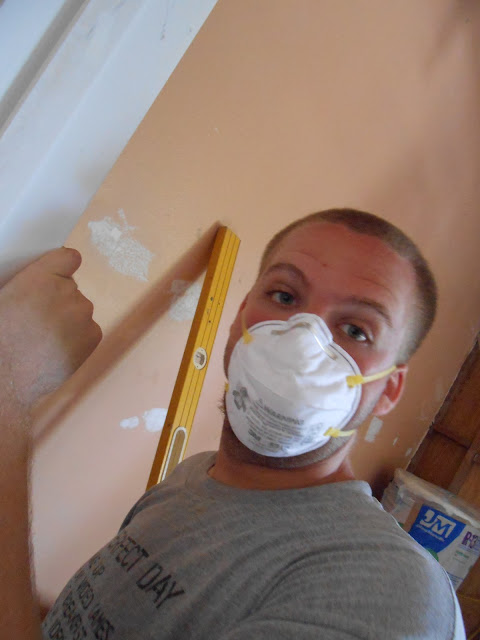 Mask up and let's get busy. 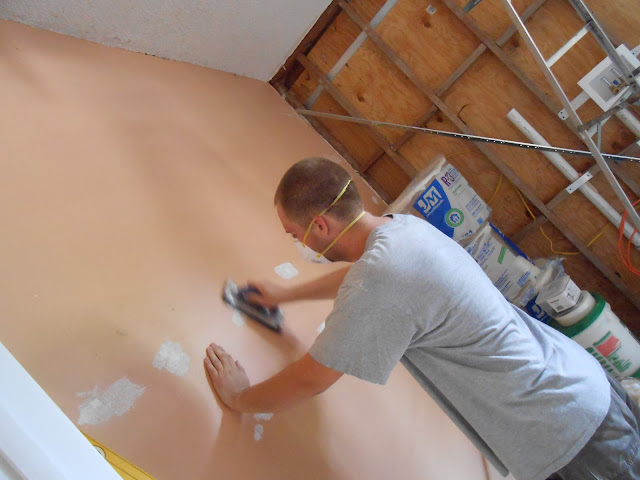 Once it's all smoooooooth... 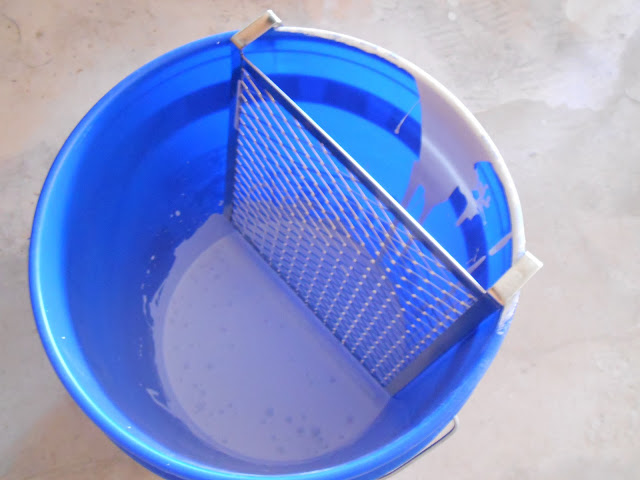 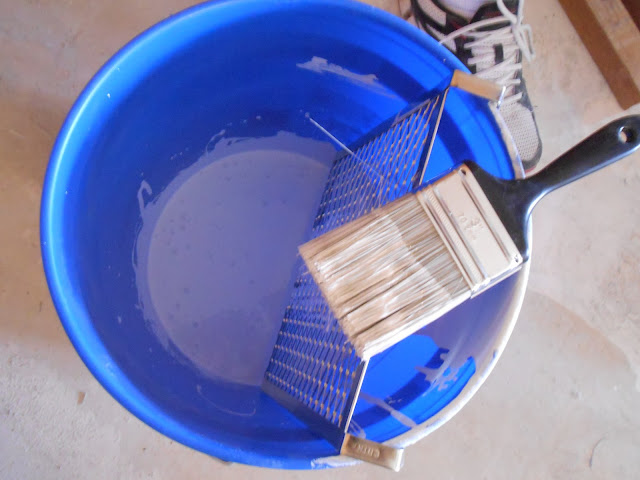 That hideous adobe shade on the walls needs a little extra help to sleep with the fishes. 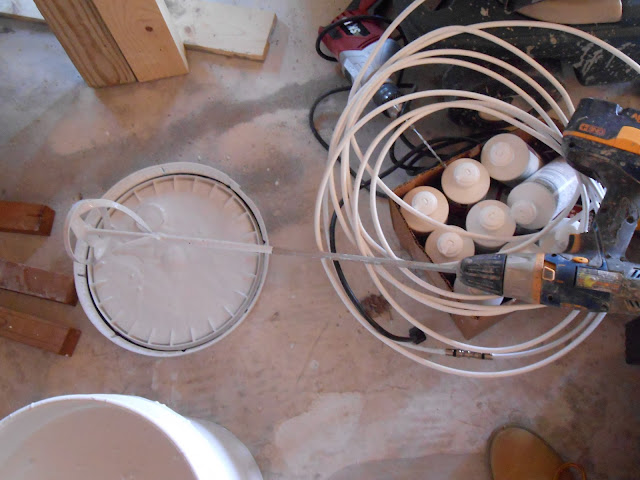 So we're priming the whole thing. 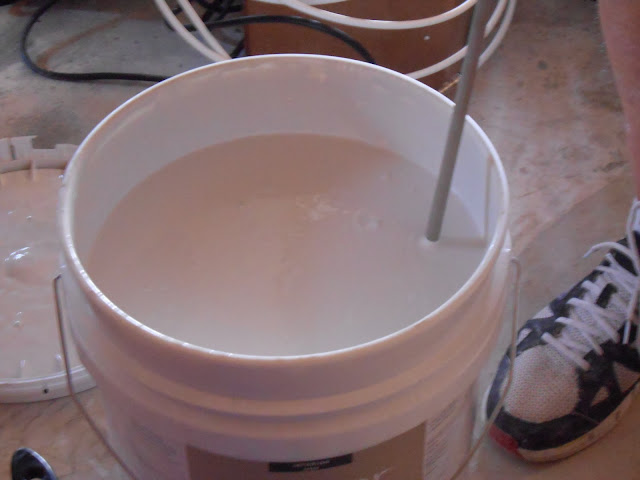 We're going to use that giant beater attached to a drill to mix the 5 gallon bucket. 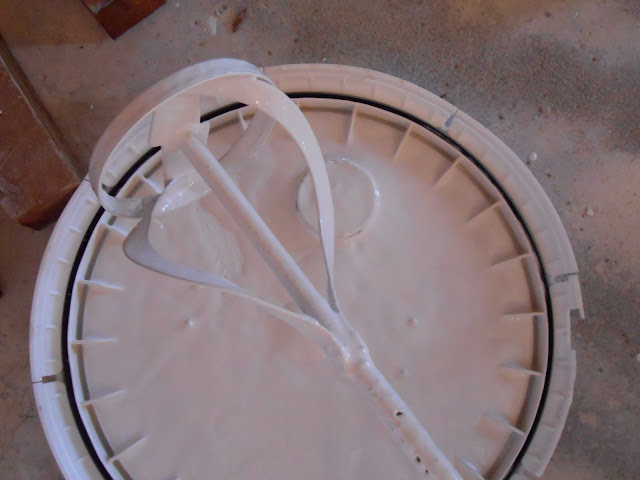 Once you've got a nice sour cream horseradish sauce... 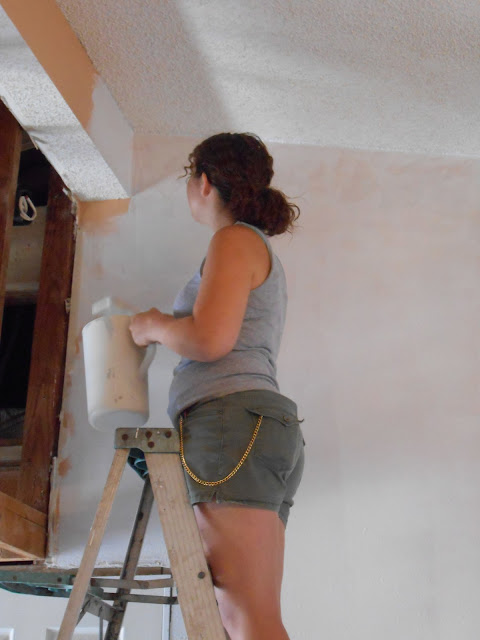 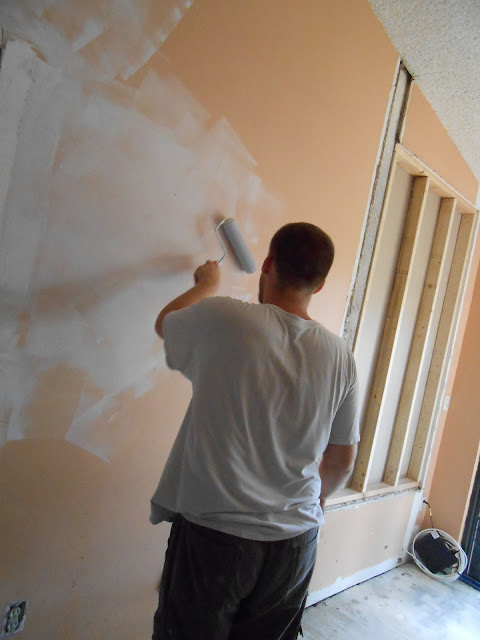 We had the whole place knocked out by mid-day.
Today, we have inspections on the plumbing and electrical.
Then we can close in the rest of the walls that were left exposed
so the work was accessible.
After that? 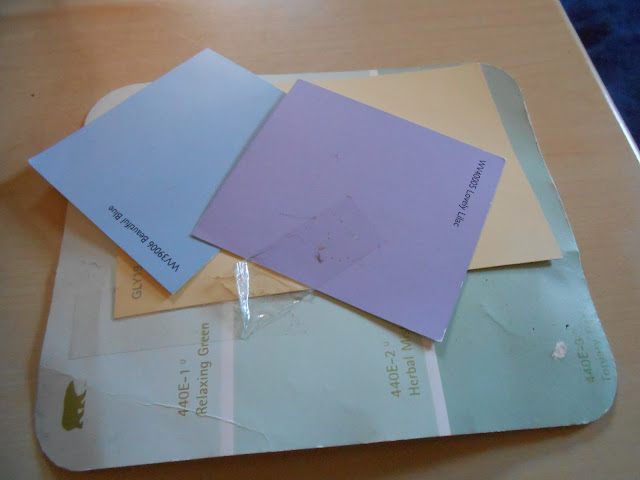 Ha, you show me another great tool - I have done miles upon miles of drywall sanding, but never used that mesh stuff. Must show to husband! Best of luck, all fingers and toes crossed for your inspections!

I love watching all the progress you guys are making plus I'm learning about all these new tools that I absolutely must have.

You guys need your own DIY show. Seriously!

Michelle,
OMG, it's like a drywall GRATER! Seriously, I've sanded, and this just WHOOOOOOSH scrapes it off first pass!

Susan,
I keep getting silly excited every time I pick up a new toy!....er, tool. Right. Serious tools, not toys.

Heather,
I have a weird feeling it would be less than prime time material if audio was on! But I can be bought.